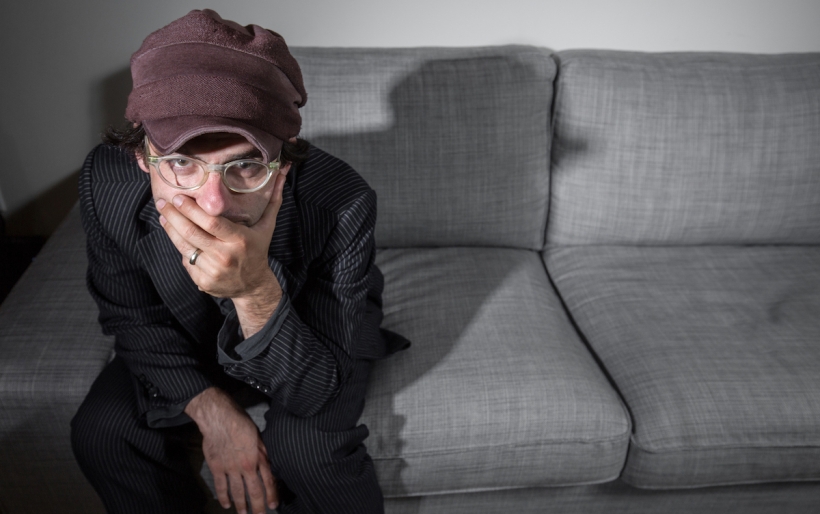 Buzz is a fickle thing, especially in the world of indie rock, and few artists are more experienced in its ups and downs than Alec Ounsworth of Clap Your Hands Say Yeah. It was over 10 years ago that the band’s debut self-titled album cut so piercingly through the muddled early aughts indie scene, demanding attention like few other debuts. Notoriety, as many bands have found throughout the years, is truly a double-edged sword. Success is certainly rewarding but it also leads to oversimplification, from bloggers and listeners alike, who make their new favorite band into whatever they want them to be, ignoring the artist themselves.

Ounsworth could have easily succumbed to the pressure that arises in the face of such success. He could have doubled down, he could have churned out album after album of fan service and perhaps he would have been more ‘successful’ because of it, but that’s not what make Clap Your Hands Say Yeah the band they are. Even today, the release day of the band’s fifth LP The Tourist, Ounsworth remain steadfast in his individuality. “We didn’t get in this business to acquiesce,” Ounsworth told me during a recent phone interview.

It takes only a few listens to confirm the fact that Ounsworth and company are quite serious about this credo. The Tourist is a sprawling work of individuality and experimentation. As soon as you wrap your mind around a hook, the very moment a chorus becomes familiar, Ounsworth pulls the rug from under the listener and thrusts them headfirst into his next grand sonic vista. To get get a taste, check out their single “Down (Is Where I Want To Be).”

Making five albums that all sound definitively singular is impressive, but keeping that up on a song to song basis is downright masterful. Ounsworth, however, doesn’t look at this as some ambitious challenge, but as a way to consistently keep things interesting for him as a songwriter. “If you are going to honest with yourself and your just doing what you did on the album before, who wouldn’t be bored with that?” Ounsworth says of the band’s constant regeneration.

It has been a busy time for Clap Your Hands Say Yeah since the release of their last record, Only Run in 2014. In 2015 the band struck out on tour in support of the tenth anniversary of the previously mentioned self-titled debut, playing the record front to back for the first time. All the while Ounsworth dealt with some more personal matters, an experience that both delayed and informed much of the writing on The Tourist. Rather than get into specifics, Ounsworth feels that the album, with its twisting narratives and confessional lyrics, will do best to stand on its own. “I kinda feel like i just want to hint at that so that people can actually listen,” Ounsworth said of the many themes weaved throughout the album. “I think people will be able to pick up on what it’s about.”

Like all other CYHSY albums, The Tourist was written entirely by Ounsworth but recorded with the help of many old friends. Ounsworth’s first stop was Mt. Slippery, the recording studio run by fellow Philly rockers, and Alec’s close friends, Dr. Dog. There Ounsworth and the rest of the band laid down the foundational aspects of the record (drums, bass, basic guitars, etc.) before moving on to work with familiar collaborators Brian McTear (Weathervane Music/Shaking Through) and Dave Fridmann (The Flaming Lips, Spoon). “Dave is willing to do the unexpected and a lot of people aren’t like that,” Ounsworth says of Fridmann, whom he credits specifically with helping him maintain the kind of experimentation so evident throughout The Tourist.

After months of writing, Alec looks at the recording process as a way to get out of his own little bubble. While he will usually tweak the final product in his personal recording studio, getting into the studio and sharing the songs with people like Dave, Brian and rest of Clap Your Hands Say Yeah is a crucial part of the process. “From the first album on I’d prefer to see someone else’s take, especially people I trust.”

The next step, of course, is to release the album and take the new songs out on tour, an exercise that Ounsworth feels is just as important. “I never really thought of that when i was starting off but now i think about it more and more,” he says of the need to get the work out into the world. “Not necessarily that I need a positive or negative reaction, but just some sort of reaction is nice.”

I’m not a betting man, but my guess is that the reaction from Philly fans will be point directly toward the positive. Luckily for us, he will get double the opportunity during a two night stay at Johnny Brenda’s on March 3 and 4. For tickets or more info click here and check out the full list of dates for the North American tour below.