Vibing Out With Ivy Sole: A conversation with one of Philly's most exciting new MCs - WXPN 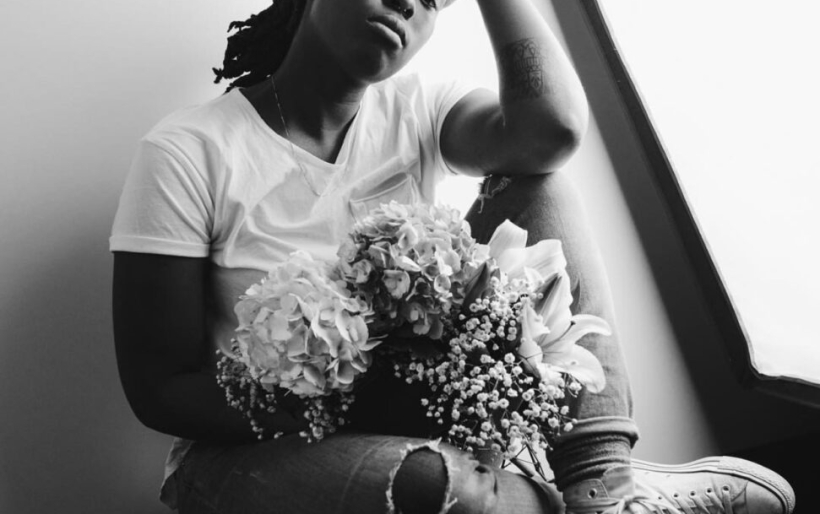 Vibing Out With Ivy Sole: A conversation with one of Philly’s most exciting new MCs

One of the best ways for an artist to create a vibe with their music is by allowing their listeners to enter their world. The feeling becomes genuine when the listener obtains the artist’s perspectives, stories, and even their moods. To do that the artist mustn’t be hesitant to be personable with their music. That’s exactly why Ivy Sole is an artist that the city of Philadelphia should look out for.

Whether she’s getting busy on the mic or creating soulful melodies, the Charlotte, North Carolina native hip hop artist always finds ways to bring her listeners into her universe. I was recently able to sit down with the local MC to discuss her introduction to hip hop, her debut project Eden, her recent followup EP East, and her upcoming performance at Underground Arts’ International Women’s Day benefit, which is happening tomorrow evening.

The Key: When did you decide to make a career out of being a hip hop artist?

Ivy Sole: I wanted to be a hip hop artist, a rapper, since i was 16. I started making music and kind of realized it was a possibility. I got inspired by people like Wiz Khalifa and Mac Miller because they were literally kids on the internet making it work. “Kool Aid & Frozen Pizza,” “Paper Planes,” those were important to me because that was also the point where I stopped depending on the radio to find music. Once i started getting into high school, that was like the height of Lil Wayne’s mixtapes and I was like “Mixtape, what do you mean? It’s either a CD or it’s not.” But then he’s dropping not only the physical tapes but he would have digital streaming on Datpiff. So I didn’t think me staying in Charlotte or North Carolina that it would pop off, so I wanted to kind of pull a J. Cole and go to a city and try to make a name for myself.

TK: Can you describe the process of creating your first project Eden?

IS: When I graduated from college I was in a group called “Liberal Arts”  and we kind of dispersed because everyone had varying things that they were interested in. In college people were make music, but they’re also pre-law or pre-med or whatever, and that kind of disbanded. Then I did a tape with two of my homies called Indigold. It was like a little EP and then they also did the same thing where they were like “I love music but i want to write for Pitchfork and I want to work for Soundcloud,” so I’m like “What am I supposed to do because I want to make music?” So Eden, I made that because I felt like it was like a rebirth, like a beginning of a new world for me. Eden means a lot to me because I didn’t think I could do it on my own necessarily. I’ve always preferred being in a group, like being in a collaborative type of situation because I like being able to feed off other people’s energy. But Eden gave me the confidence to embark on my own.

TK: During your interview with Vibe you said “it’s so much more to rap than bars. I don’t think that people realize how much time and effort go into making your flow and your cadence right. Or figuring out which type of beats work out best for your voice or which ones you like the best.” Who were the hip hop artists that you grew up listening to that made you aware of this criteria for an MC?

IS: One of the biggest albums for me is Blu & Exile’s “Below the Heavens” just because he was extremely conversational. It sounded like my friend was telling me what was going on in his day. It felt like I was having a conversation rather than someone rapping at me. Delivery, I love Andre 3000 and Big Boi. I think that 3 Stacks has this insane ability to create space in a bar. One of his recent verses on “Solo Reprise” with Frank Ocean he’s literally creating so much space in a bar that you’re not even supposed to be able to fit that many words in. TK: On your EP East, your lyrics are still personal but it sounds like you added more soul and some edgy confidence to your music. Can you describe how your artistry has evolved since Eden?

IS: I think Eden was still me getting comfortable with my voice. I’ve always been comfortable singing here and there and always felt like I could hold my weight with my lyrics, but now I feel like I’m getting better at actually being able to craft songs and being able to take inspiration from abstract things and parse it down into two minute interludes or tells a story about me living on the east side of Charlotte for a semester. You get that story but it isn’t too bulged down in the story itself, so you can appreciate a song like “East” without ever knowing the full backstory. One of the best pieces of advice that I’ve ever been given as a young writer was that the more specific a story is, the more universal it is. If I tell my story with details that only really apply to me, then you’re going to put yourself in my shoes and change out whatever details you need to change out in order for you to fit into that story too.

TK: This Wednesday, Underground Arts will host an International Women’s Day benefit that will feature you and a host of other talented ladies who will bless the stage with their music. What are some of the things that you hope to encourage women who listen to your music?

IS: To be our most authentic selves and not being apologetic for everything. I think that we are socialized to say sorry for things that we don’t need to apologize for. I don’t need to apologize for having a thought. Or being in a situation where people aren’t really valuing your work or input, which has happened to me a lot as a female artist. People think I’m supposed to sit back and take whatever has been given to me, but that’s just not the case. I do just as much work as everyone else. This is all my creative vision, there is nobody who’s contributing to this outside of me. I’m guiding this whole ship, so respect it! Respect my artistry, respect my musicianship, respect me as a human being and as a creator, you know what I’m saying?

TK: What does Ivy Sole have in store for her fans in the near future? Ivy Sole performs at the International Women’s Day Benefit at Underground Arts on Wednesday, March 8th; tickets and more information on the show can be found at the XPN Concert Calendar.