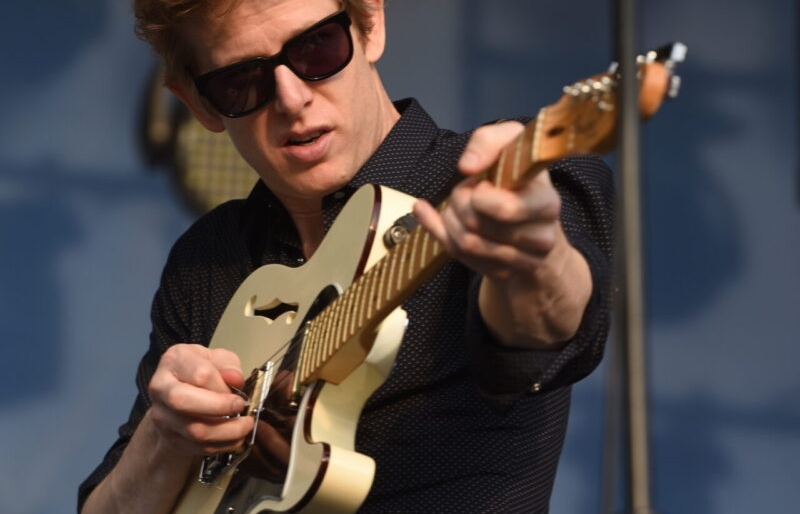 This just in — Austin indie rock favorites Spoon will light up the BB&T Pavilion stage on night two of this year’s XPoNential Music Festival. Co-headlining alongside Britt Daniel and co. are Amos Lee and Friends, featuring Preservation Hall Jazz Band, with The Suffers and Chicano Batman kicking off the show; seated tickets for the concert on July 29th go on sale this Friday, March 10th, at 10 a.m.

Spoon is gearing up for the release of its ninth LP, Hot Thoughts, out March 17th via Matador Records; their previous outing, 2015’s They Want My Soul, brought the band to Philadelphia for a Free at Noon concert on Labor Day (and a legendary performance in the rain during the Made in America Festival).

Amos Lee released his acclaimed sixth LP, Spirit, last August on Universal Records, and played a breathtaking hometown show in support of it.  For this performance, he’ll be backed in part by Preservation Hall Jazz Band — whose new “Santiago” is the current Gotta Hear Song of the Week on XPN. Pres Hall Was on the lineup of last year’s XPNFest, though their River Stage Set got cut short after a few minutes due to a thunderstorm.

The Suffers and Chicano Batman were also standouts at last year’s XPNFest, and return on this year’s lineup. The former played the Wiggins Park Marina Stage on Friday last year, and their self-titled debut on Rhyme and Reason Records. The latter played BB&T on Saturday and Wiggins on Sunday last year; this year, they have a new record on the way called Freedom Is Free.

All these artists join the festival’s July 28th headliners Wilco, Conor Oberst and Hop Along. The XPoNential Music Festival takes place July 28th through July 30th, and the full lineup will be announced later this month. Watch videos for each of night two’s artists below, and get more information at the festival website, XPNFest.org.