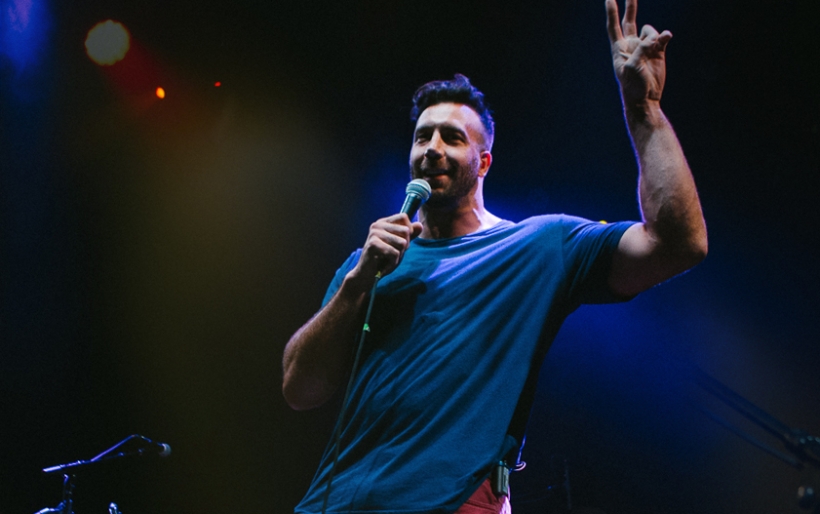 Connor Barwin at a MTWB concert | photo by Jeremy Zimmerman

Earlier this morning it was announced that the Eagles released linebacker Connor Barwin. We’ve gotten used to our favorite sports stars being traded away here in Philadelphia, but Barwin wasn’t just any football player – he was a guy who transcended the locker room to become an integral and friendly community member in town.

It all started with a night out seeing Animal Collective at Union Transfer in 2013. From there the Michigan native became a familiar face on SEPTA, an advocate for green living and sustainability, an outspoken supporter of bike commuting, a community builder, and a local music fan. Today we’re looking back at the impact he’s had on our city for the last four years with some of our favorite non-football Barwin moments.

In December of 2013, Connor started his Make the World Better Foundation, a non-profit that raises money to improve playgrounds in Philadelphia neighborhoods. So far they’ve given Ralph Brooks Park in Point Breeze a complete makeover, and are currently working on Smith Playground (also in South Philly) and West Kensington’s Waterloo Playground. The renovations are made possible in part thanks to Barwin’s annual benefit concerts held at Union Transfer. For the last three years he’s curated locally-focused bills that feature some of his favorite acts: Kurt Vile, The Districts, and The Tontons in 2014; Marian Hill, The Suffers, Mac DeMarco, and Parquet Courts in 2015; and Hop Along, Waxahatchee, and Amos Lee in 2016. The 4th Annual Make the World Better line-up will be announced shortly and despite the sad news that he’s leaving, in a statement on Instagram Barwin assured that the MTWB work would continue.

As mentioned above, Connor loves biking. He was an early adopter of the Indego bikeshare program, and in recognition of National Bike Month he gifted his teammates brand new bikes in 2014. So what does he listen to as he cruises down to the Linc for practice? Kurt Vile, of course. In a 2015 NFL Films profile, Barwin brought the cameras to Ralph Brooks park to show, in the words of Sally McCabe of the Philadelphia Horticultural Society, “sports [being] supportive of community.” Along the way we see Barwin biking up 20th St and over the South St bridge, past a newly completed Ralph Brooks Park, to the sublime sounds of Vile’s “Wakin’ On A Pretty Day.” For attendees of the Free at Noon concerts at WXPN on Fridays, a glimpse of Barwin was always a possibility. He also turned up at Non-Comm, the annual non-commercial radio gathering that takes place at World Cafe Live every spring. And this past summer, Barwin was on-hand over at Wiggins Park to introduce The Suffers ahead of their XPoNential Music Festival Marina Stage set.

Encouraged his teammates’ love of music

We found out Eagles center Jason Kelce also has an interest in music when Connor brought his teammate into the on-air studio for a live Copy That segment on Dan Reed’s show back in July of 2015. After discussing the team and his high school jazz band days, Kelce shared a cover of “Cover Me Up” by Jason Isbell and an original called “Homes Change.”

Reveling in their newfound and unlikely friendship, Kurt “Philly’s Constant Hitmaker” Vile and Connor “Philly’s Constant Sacker” Barwin filmed ahilarious promo video for the former’s NYE show at The Fillmore this past December. The clip has many winning moments: the old-school production value, Vile’s brother “Jello Man” providing his coveted jello shots, and of course a closing sack by the expert.