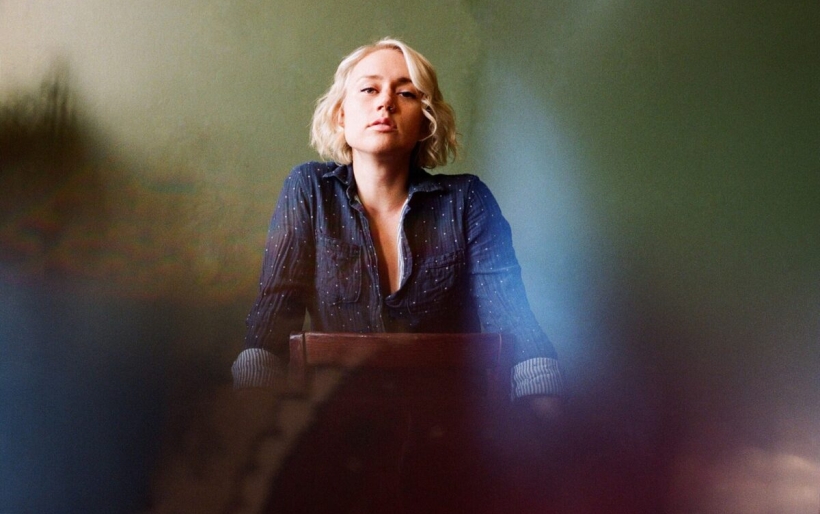 Dirty Dollhouse | photo by Kristina Beese | courtesy of the artist

Back in September we heard a track called “Moonshine” from the Dirty Dollhouse project of Chelsea Mitchell. It was eerie, ominous, and a turn away from the twangy folk of the local songwriter’s earlier days. It was also the lead single from Mitchell’s forthcoming Vinyl Child LP, which now has a release date, release show, and second single called “The Last Time” that we’re premiering today.

The song opens with a sound collage of cello, pouring rain, and crackling thunder. The cello dips down, a bright synth pulls up, and the mood is instantly changed, like putting on a record to drown out the dreariness. Like “Moonshine,” this is a new side of Mitchell. It’s smooth and soulful, a late night ode to the trappings of former loves that verges on down-tempo disco. Her roots are still there in the hint of cello that pushes through occasionally, but overall its Mitchell’s entrancing vocals that are the thread to her past work.

About the single, Mitchell says:

“‘The Last Time’ is pretty different from anything we’ve done before. The original demo was already exploring a new style of writing for me, and then my producing partner in crime, Brian Dale Allen Strouse, made it complete by pushing some boundaries and blurring some genres. There are electronic drums and synthesizers and cello. We went cinematic. We got weird. There are sounds and ideas in this song that probably no one expected to hear from Dirty Dollhouse. Hopefully people respond to the story, too – we’ve all got that toxic someone out there.”

Stream the premiere of “The Last Time” below. Dirty Dollhouse releases Vinyl Childon April 14th, with a release show on April 21st at the Mass Building with Caroline Reese and Former Belle. Tickets and information for the all-ages show can be found here.