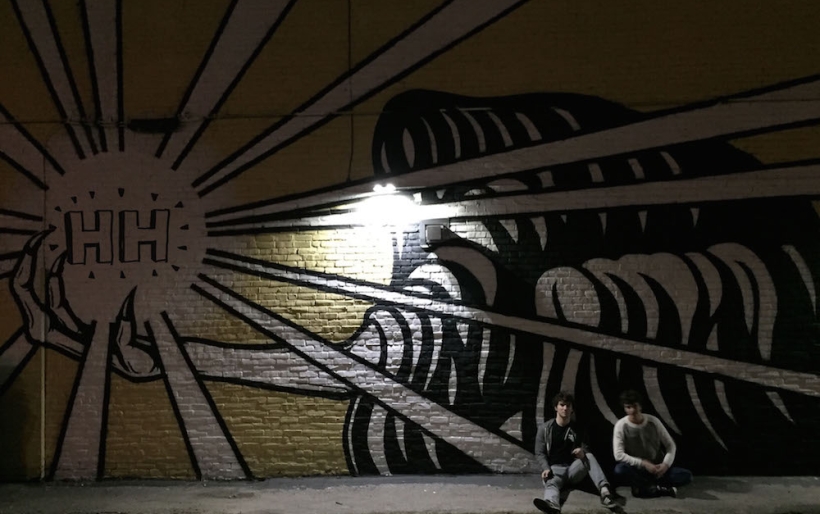 Heavy Harold | photo by Alex Cotsarelis, illustration by Will Butera

PREMIERE: Heavy Harold give a friend a tour of the city in “My Friends Don’t Want Me Around” video

Any newcomer to Philadelphia wants to see the classic sights of the city: Love Park, the Liberty Bell, the Ben Franklin Bridge, and of course the steps of the Art Museum. So when Heavy Harold‘s new friend came to town last summer, they gave him the ultimate tour to help him get acquainted with his new digs. Those (mis)adventures are captured in the local outfit’s new video for “My Friends Don’t Want Me Around,” a track taken from last year’s Giants In Our Own Minds record.

About the clip, drummer/vocalist Will Butera says:

We spent two days of last year’s summer walking around a few parts of the city filming Dilworth the Piñata. He just came to Philadelphia on his own and was having some trouble finding his role in a new place. We have to thank all the strangers that were willing to be in the video. None of our real friends wanted to be around us that day, and some awesome people from all over stepped in.

A chance encounter with a discarded show flier sends the piñata to a basement show where it seems he finally feels accepted and comfortable, listening to the catchy, summery indie rock that had accompanied his somewhat difficult experiences with the people of Philadelphia earlier in the day.

Heavy Harold play The Pharmacy on April 8th; tickets and information can be found at the XPN Concert Calendar. Watch “My Friends Don’t Want Me Around” below.