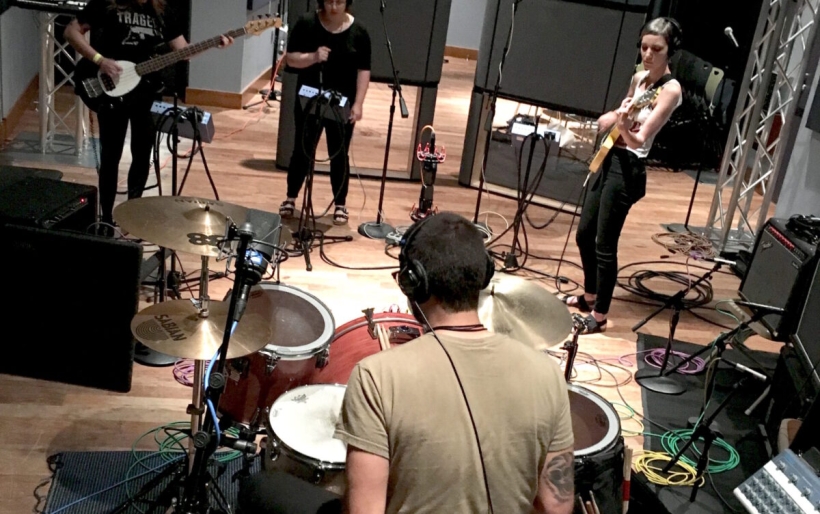 Support a more inclusive scene with No Gatekeepers, the 2016 First Time’s the Charm compilation

As superb and awesome as Philly’s music scene is, one aspect that remains not-so-hot is the lack of diversity. With so many prominently acts made up of white, straight men, it can be difficult for women, artists of color, and members of the LBGTQ community to feel included and respected. So how to combat this aura of exclusivity, might you inquire? Inclusiveness and active representation for days, that’s how. Enter: First Times the Charm. This event of greatness, founded in 2013 and reprised in 2016, is a two-night festival at PhilaMOCA that celebrates and jams out to new bands with underrepresented members — all of whom are playing their first show.

We’re big fans of First Time’s The Charm — having discovered locals like Marge and Littler from the first edition of the festival — so last year, The Key teamed up with both the organization as well as our compatriots at Folkadelphia to record 15 out of the 20 bands who performed at FTTC 2016. The resulting compilation was just released on Bandcamp as No Gatekeepers: First Time’s The Charm 2016 and includes Aster More, Taxes, Dumb Hair, Heretrix, Whipwrom and Joyful Exit, the songs range from gritty and loud, to soft and melodic, to quirky and refreshingly unexpected.

All proceeds from the compilation will go towards planning for the next First Time’s the Charm festival, targeted for spring of 2018, so go on and support local scene diversity and inclusion while also jamming out. Listen to the comp below and grab a download here.