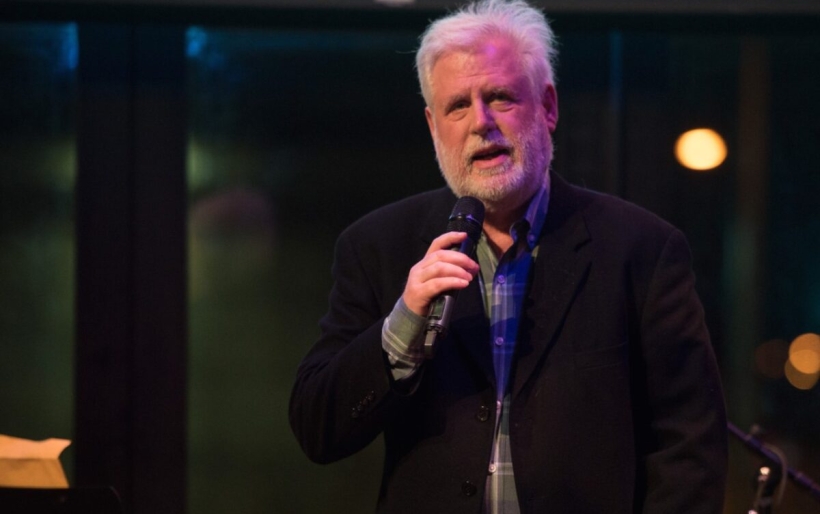 A page of Philly music history turned this afternoon as David Dye hosted his final episode of World Cafe. He has been at the helm of the show during its 25-year run, discovering new artists and tracking their careers with vigorous enthusiasm, revisiting old favorites and digging up gems in his pile of vinyl. For his farewell show, he was interviewed by another big name in public radio — Ari Shapiro of All Things Considered — and spent some time chatting with incoming Cafe host Talia Schlanger, as well as revisiting the World Cafe 25th anniversary concerts with Ryan Adams and Ben Vaughn.

Listen to the show below, and check out the playlist here.

Over at NPR, Dye penned a farewell letter that begins poignantly: “I am certainly the luckiest radio host I know. I have come to work each day to find out which of my heroes I am going to talk to next.”

As he continues, he reflects that just because he’s stepping down as host, he won’t disappear completely — interviews with Aimee Mann and Ray Davies are on the way.

For 25 years this has been my world, with the specter of the next show on the horizon. I won’t miss that responsibility.   My life is going to be different.  I hope it’s a little slower: more reading and baseball and less updating my Tweeter feed.  I look forward to putting on an album, maybe just because I want to hear it, not as show prep.

Read Dye’s entire farewell letter here, and tune in this Sunday at 11 a.m. for the debut of Dave’s World, the new, weekly, free-format show Dye will host going forward. Leave your memories of the Cafe and wishes for David Dye in the comments!