PREMIERE: Matt Pond PA looks back and inward on the reflective Skeletons and Friends LP - WXPN | Vinyl At Heart 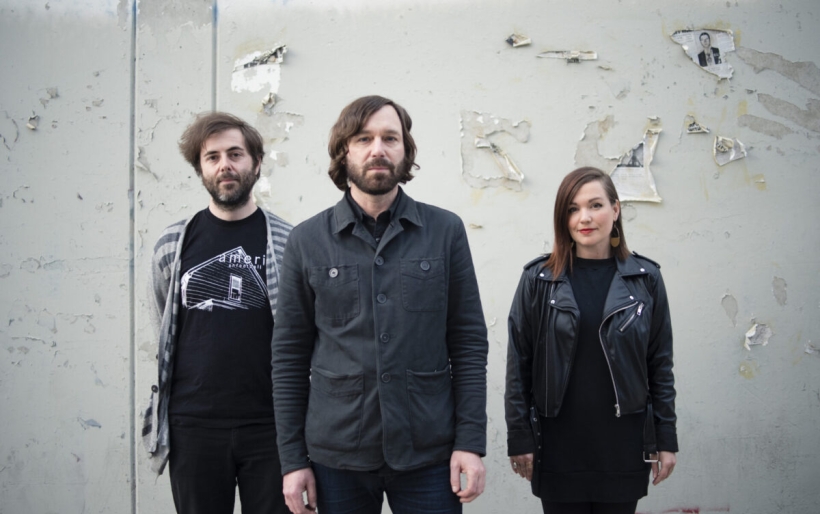 PREMIERE: Matt Pond PA looks back and inward on the reflective Skeletons and Friends LP

Matt Pond PA caught my ear back in my college days with Measure, an elegant collection of songs released on a tiny Philly label called File 13. On that album, followed in quick succession by two excellent Polyvinyl releases — The Nature of Maps and The Green Fury, both from 2002 — the eponymous songwriter showed that he was a man on a creative streak, an artist who had no reservations about bringing cello and violin into the indierock community, a musician who surrounded himself with a rotating cast of players who could make acoustic guitars and brush drumsticks more invigorating than pedalboards and cranked vintage amps.

Streaks like this often end. Pond’s didn’t. I’ve kept up with his career over the subsequent decade and three-quarters, and his work has maintained a consistently high caliber. Whether you’re talking about the outstanding Several Arrows Later (with its one-two opening punch of “Halloween” into “So Much Trouble”) or the very introspective Dark Leaves LP (which was briefly toyed with as a new band name), all the way up to last year’s Winter Lives and its effervescent single “The Glow,” his records are consistently impressive works. Even the many EPs and one-off singles across the MPPA catalog — 2001’s solemn I Thought You Were Sleeping, the seasonal 2005 outing Winter Songs (dude’s overarching vibe is autumn leaves, the outdoors and snow) 2008’s The Freeep (quite literally, a free EP) and its followup The Threeep — I mean, this is stuff that a lesser artist might use merely as stopgap fillers, as half-assed placeholders, but Pond doesn’t half-ass anything.

Which brings us to the man / the band’s latest, Skeletons and Friends, Pond’s god-dang twelfth full length and a remastered / expanded revisit of a project originally began in 2014. When we were approached about premiering it, it was described as “an in-between album.” And, as I’d expect from Pond, it’s as finished a product as you’ll ever hear.

“Releasing music has turned into a foggy mystery. Deep in the depths of my heart, I still believe in albums, selections of songs with threading thoughts,” Pond writes. “But I don’t want to scare anyone off. I don’t want to show up unannounced in my pickup truck, a payload full of vexing jams. (I’d prefer you to prefer me. I’d opt for you to need me. I’d rather you love me.)”

The collection is a work of self-reflection and self-documentary; Pond wrote the songs around a collection of thoughts gleaned from interviewing ex-girlfriends. “We spoke about who we once were, who we are now, how the hardest thing to understand is the person in the mirror,” he says.

You hear their recorded voices set to beautiful instrumentation, songs in their own right that tie together more trad MPPA moments on Skeletons like the shimmering and expressive electropop “Emptiness” and the more plaintive “Heaven’s Gate,” a slowly strummed and sad meditation on rejection, loneliness and (another recurring theme in Pond’s work) moving to Canada.

In my mind, I feel like there’s a growing disconnect in the way we see ourselves — a disembodiment where we seemingly film our lives with our eyes and rewrite the script of our story through tiny keyboards and updated applications.

In the simplest sense, I’m sincerely trying to capture the good elements in our worst moments. That is who I believe we are — beautifully flawed animals. No matter what anyone says about us humans beings, I swear we have promise.

The theme, Pond concludes, is progression: constant change, evolution, re-evolution, always moving forward, always challenging oneself. Which is why, as we present you with Skeletons and Friends today, he and collaborator Chris Hansen are completing the next MPPA full length. “Chris is mixing harmonies and I am groaning about the guitar tone.” I’m eager to hear it; I know it’ll be a solid collection. And in the in between of the moment, I invite you to listen to Skeletons and Friends below.