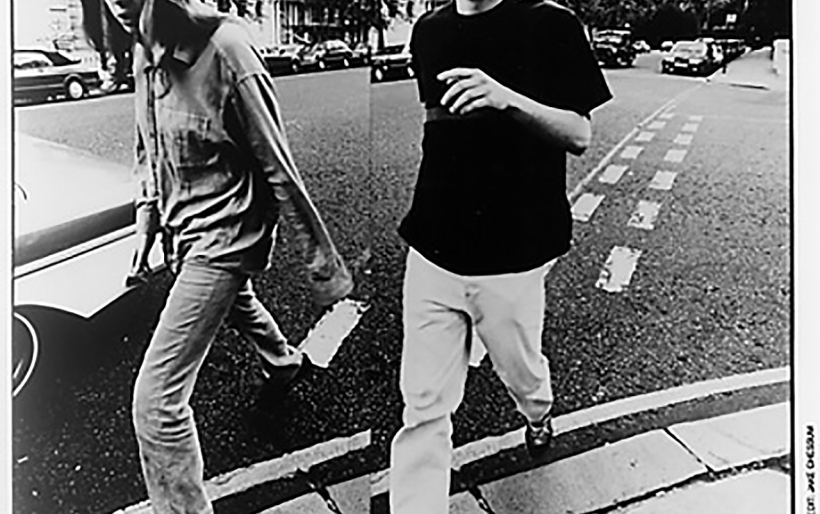 The Chemical Brothers in 1997 | photo by Jake Chessum

While hip-hop was electrifying dance clubs in America, an electronic music revolution was happening across the pond.

Though I was only a preteen, I have vivid memories of the late 80s/early 90s in the US, and what was happening in music as far MTV and pop radio were telling me. What I didn’t, and really couldn’t, realize was the impact that two seemingly unrelated music cultures were having across the pond. Dance music bounced back from the demise of disco, and acid House was fueling clubs and raves across Britain. Unexpectedly, American hip-hop was also playing a large role in the same scenes, as kids soaked in the phenomena, DJs across the UK became superstars, and began building their own arsenal of music that combined multiple genres.

The Chemical Brothers - Where Do I Begin?

Two of these DJs even payed homage in name, borrowing from the production duo that helmed the seminal Beastie Boys album, Paul’s Boutique until they were forced to Exit Planet Dust. For their follow up, Dig Your Own Hole, The Chemical Brothers — Tom Rowlands and Ed Simons — made a statement that would continue the transformation of the techno landscape forever in the spring of 1997. As the guitar loops kicked in, it was actually Philadelphia rapper Schoolly D that ushered in this new era with a sample form his “Gucci Again” and let us know they were “Back with another of those block rockin’ beats!”

What followed was a grandiose tour through psychedelic breakbeats that featured stops from Noel Gallagher (a huge accomplishment for a techno act in that day), and continued Beth Orton’s drive to forge her own genre that would be lovingly referred to as “folktronica.” Interweaved in to all of it were heavily acidic bass lines, funky guitars, and hip-hop samples. It solidified them as leaders of the sound defined as Big Beat.

If The Chemical Brothers were The Beatles of the scene, then Prodigy was the Sex Pistols. No freshman to the electronic music world, their first two albums were textbook examples of early 90s acid house / rave music, but when Fat Of The Land came down in June of 1997, they courted controversy just as quickly as The Chemical Brothers brought us those block rockin’ beats. “Smack My Bitch Up” became a calling card to what Big Beat could accomplish, both good and bad. It garnered mainstream criticism from artists such as The Beastie Boys, they courted more with the “sex and violence” themes of the video, and turned heads when it was revealed that the video’s antagonist was a woman.

Keith Flint became the de-facto face of the movement. Shirtless, in leather pants, arms flailing like a lunatic, he helped bring the idea of techno act as a band in the the MTV generation, alongside his tatted-up co-conspirator Maxim Reality. While songs like “Breathe” and “Firestarter” hit like bombs, thanks to Liam Howlett’s aggressive production, they still shared many of the aesthetics that Dig Your Own Hole brought with it. Mining samples from hip-hop and rock, as well as swift breakbeats and thundering bass lines, they left house in the dust.

The UK was ruling the charts here, bringing on a second sort of British invasion. America had an answer, though, and while a lot of US based synth masters toiled away in the Industrial and Hip-hop categories, a pair of friends from Las Vegas got the attention of UK based record labels with a demo tape. Much like their contemporaries, Scott Kirkland and Ken Jordan fully embraced the drug culture of rave, and adopted the name The Crystal Method. Though Vegas, their debut album, launched in August of 97, many of the components had been floating around for a bit beforehand.

“Trip Like I Do” made their statement loud and clear. While again maintaining a few of the important parts of their peers, they let a lot of the organic parts fall away, taking analog to the forefront, and distorting anything else beyond recognition. “Trip Like I Do” gives the listener a false sense of security before imploding on itself with acid synths that seem as if they were plotted out by an EKG machine while someone was having a heart attack. “Keep Hope Alive” was epic enough to become a staple of movies and TV years in to the future, “Busy Child” became a radio hit and found itself in heavy rotation on Amp-era MTV, and the closer “Bad Stone” was the most ethereal bit if techno that any of these groups had made. So, they had their Pet Sounds and the US was officially in the game.

Big Beat was relatively shortlived in the public eye. Other artists, like Fatboy Slim, would move on, and existing artists in other genres, like Moby, would ride to mainstream fame themselves. The idea of the superstar DJ would take off, and the artist became something of set dressing in the dance scene. While The Chemical Brothers, The Prodigy, and The Crystal Method would go on to retain their identities as artists, and continue to make music, it never hit the same high notes as a few months in 1997, when the whole world was watching.