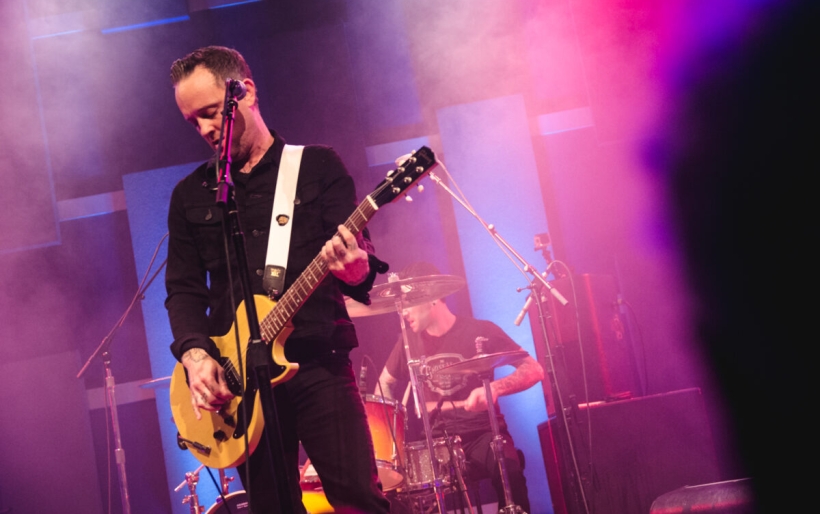 While out on the road for a “very North” American tour (read: mostly Canada), Philadelphia musician Dave Hause and his band The Mermaid launched into a cover of Pearl Jam’s “Rearviewmirror” during an April 8th show in Winnipeg. The song was originally included on the Seattle outfit’s 1993 effort Vs.

The fan-filmed clip begins with Hause talking about their tour-mates The Bronx and the two bands’ mutual love of the newly-inducted Hall of Famers. True to Hause form, the band keeps “Rearviewmirror” fast-paced and steeped in the gritty emotion of 90s grunge, with careening guitar solos and a barrage of drums.

Watch the video of the cover below, followed by Pearl Jam’s original. Dave Hause & The Mermaid play this year’s XPoNential Music Festival, happening July 28-30 in Camden. Tickets are now on sale.