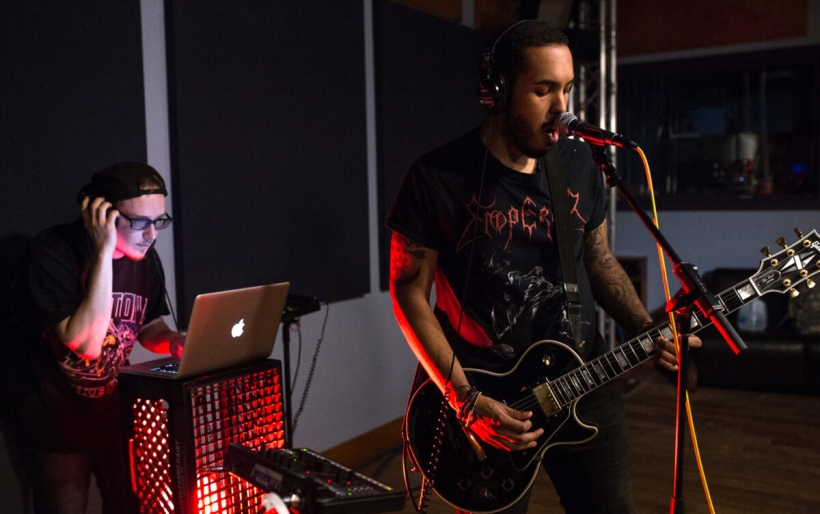 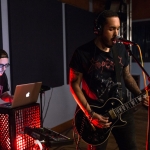 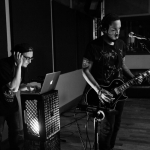 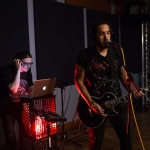 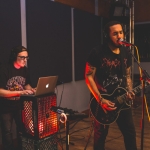 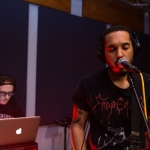 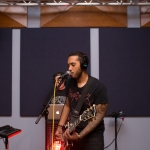 South Jersey soundscaper C.J. Davis is a master of vibe and mystique. Under the banner Harrowgrove, he caught our ear in 2015 with the warped electronic tones and haunting-but-poppy vocal melodies on HOLY BROKEN FREE SPIRIT. At the time I called him a “captivating mix of Drake and Trent Reznor” — which wasn’t entirely inaccurate, though a bit reductive in retrospect. With the release of this year’s CAPS LOCK, he jettisons the pop leanings of his debut and doubles down on its raw, eviscerating industrial rock.

“I mean, I could make a whole record of Drake-sounding stuff if I wanted to,” he explained while setting up for his Key Studio Session. “But that’s not what I’m interested in doing.”

CAPS LOCK is chilling, gritty, but also elegant and beautiful. As we hear in this live performance, recorded earlier this spring at WXPN studios, Davis crafts backings and beats that pitter-patter down darkened corridors with the breathless tension of Massive Attack’s Mezzanine, and then backs them with soaring guitar solos that shimmer like Pink Floyd’s Animals. His songs touch on themes of lust and desire, repulsion and resentment; his vocal delivery is hushed and husky, fueled in equal parts by passion and fear.

Below, watch a performance of the slow-burner “To Set Fire to Fingerprints,” via VuHaus, and listen to the entire four-song set care of Soundcloud. Grab a free download of the performance over here, and keep tabs on Harrowgrove over on Facebook for news on gigs, releases and cinematic music videos that are just as captivating as his songs.