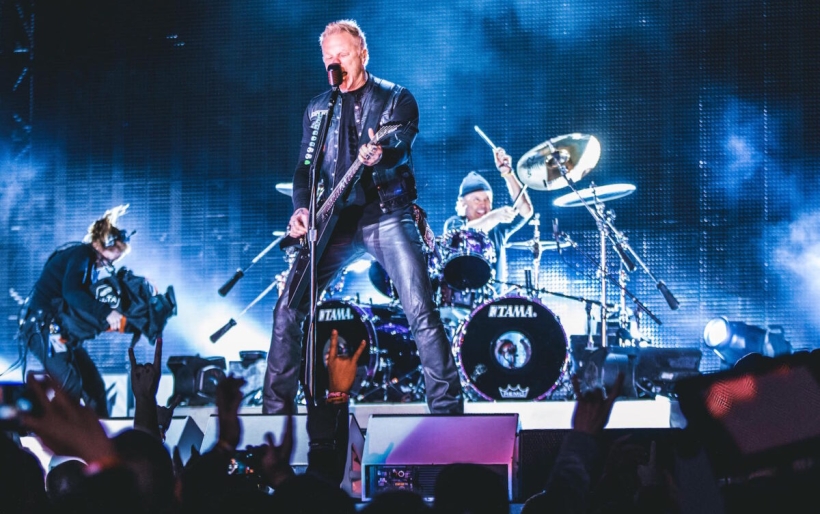 36 years into their career, Metallica continues to prove why they’re considered legends: packing massive stadium stands and entire football fields with cheering fans. They don’t simply rely on their well-established name to draw audiences- they pulled out all of the stops for the WorldWired Tour and it shows. This past Friday night, Lincoln Financial Field was filled with driving riffs and dueling guitars for a full two hours of metal in its best form.

From the second I left my apartment at around 4 pm, I was surrounded by Metallica — every subway car I boarded held at least a dozen fans sporting their merch, excitedly chatting about what they expected from the show. The parking lot was full of people tailgating and some even blasting Avenged Sevenfold, receiving a stern “DON’T PLAY AVENGED SEVENFOLD, IT’S SAD!” from a fan passing by. Despite Avenged having to cancel last minute to allow guitarist Synyster Gates to fly home for the birth of his child (congrats Brian and Michelle!), the show ran smoothly and was genuinely one of the best concerts I’ve ever attended. Danish four-piece Volbeat warmed up the crowd by pulling out all of their biggest hits, even treating them to a metal tinged cover of Johnny Cash’s “Ring of Fire.” Lead singer Michael Poulsen’s deep and soulful voice really shines in their wonderfully upbeat and catchy, yet still thrashing songs. Their setlist focused on their latest release, Seal the Deal & Let’s Boogie, including title track “Seal the Deal.”

The floor was dotted with the absolute friendliest mosh pits during their set. People were literally high fiving each other and nearly skipping in circles during songs such as “Still Counting” and “Let It Burn.” It was incredible. That sense of community and acceptance within the diverse crowd of at least 50,000 remained during the entire show. When I returned to my seat after shooting during the first 3 songs, I was welcomed back to my row with an enthusiastic “Come on in!!” Poulsen closed their set by jokingly asking the crowd to stay. “There’s another great band on after us!” He wasn’t lying. Metallica’s stage set up of four massive screens, two connecting catwalks, pyro and fireworks was very fitting for their long awaited return to the Linc. A man sitting next to me excitedly told me he had essentially been waiting his entire life for this show, later double fisting beers and yelling every lyric to the rainy night sky. They started their set with the fast tempo and intense “Hardwired” and “Atlas, Rise!,” the first two songs on their latest release Hardwired… To Self-Destruct. The screens mixed pre-recorded visuals with live video of the band, making the night feel even more surreal than it already would have. This technique worked especially well when they used lasers and fireworks to put the audience in the middle of the battleground that is the intro to “One.” Their setlist spanned virtually their entire discography, making it all the way back to my personal favorite, 1983’s Kill ‘Em All. “Motorbreath” was even faster than I remembered it and the crowd happily struggled to keep up with the mouthful of lyrics in the high energy song. Each song was an experience on every level, from their essentially flawless playing to the accompanying visuals to hearing tens of thousands of people singing the lyrics. The songs sounded almost better than they do recorded with guitarist Kirk Hammett nailing even the most complicated solos with ease. Despite their break from stadium tours and this only being the second show of their tour, Metallica didn’t miss a single beat. 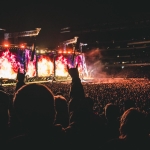 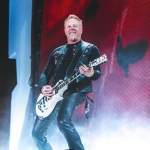 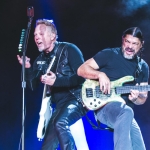 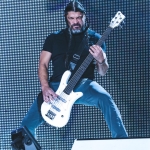 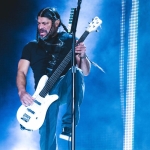 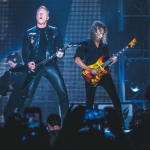 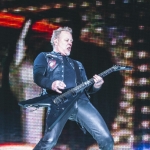 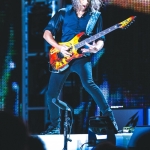 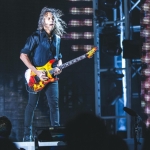 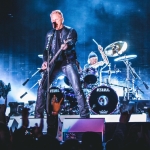 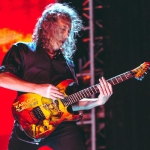 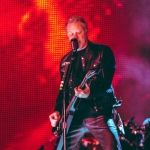 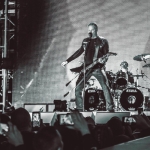 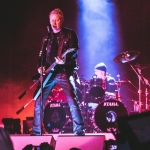 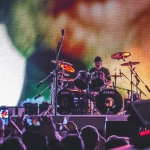 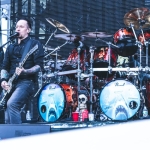 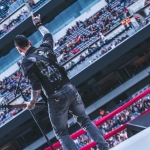 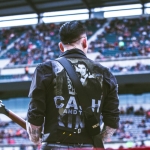 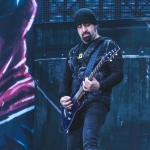 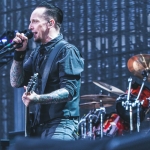 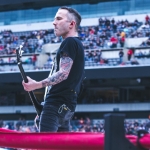 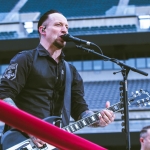 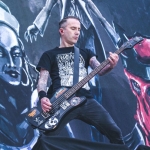 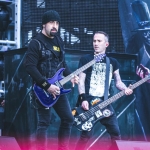 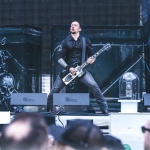 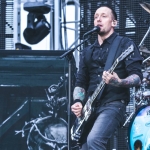 Setlist
Hardwired
Atlas, Rise!
For Whom the Bell Tolls
Creeping Death
The Unforgiven
Now That We’re Dead
Moth Into Flame
Wherever I May Roam
Halo on Fire
Motorbreath
Sad but True
One
Master of Puppets
Fade to Black
Seek & Destroy

Encore:
Battery
Nothing Else Matters
Enter Sandman / The Frayed Ends of Sanity