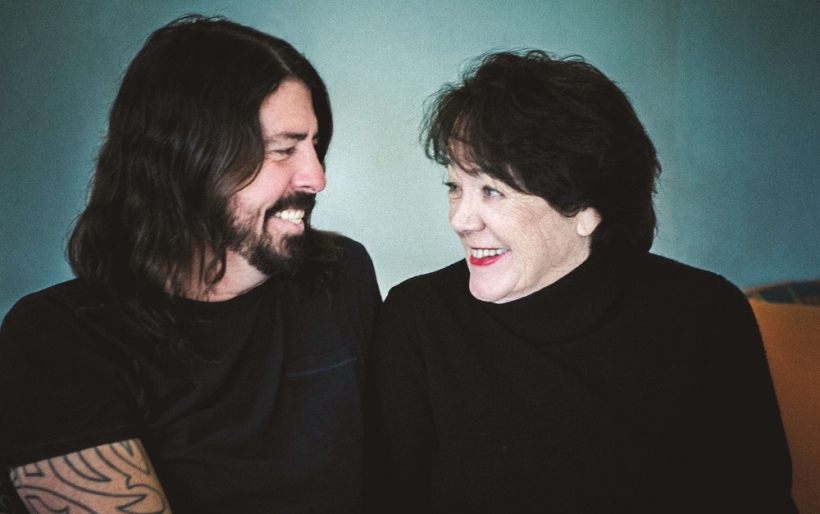 By Julie Miller
May 14, 2017
09:05 AM
Share
Dave Grohl and Virginia Hanlon Grohl | photo by Andreas Neumann

Moms are the stars of the show on the latest episode of the Dan and Dan Music Podcast. From Virginia Hanlon Grohl (mother of Dave) to Mrs. Reed (mother of Dan), we get an inside scoop on what it’s like to raise rock stars and radio personalities.

Virginia joins the podcast to discuss her recently published book From Cradle to Stage: Stories from the Mothers Who Rocked and Raised Rock Stars, wherein she meets and interviews fellow mothers of musicians like Rush bassist Geddy Lee, Dr. Dre, Warren Haynes, HAIM, and more. Later on Mrs. Reed discusses her favorite musicians and what it was like to “raise a radio figure” like Dan and his path to “greatness.”

Of course Dan DeLuca and Dan Reed begin the show their two-minute drill, offering critical takes on recent headlines like the dramatic crumbling of Fyre Festival, the surprising Made In America line-up, cryptic website messages from Robert Plant, and more.

Stream the episode below, dig into the Dan and Dan archives here, and subscribe via iTunes.