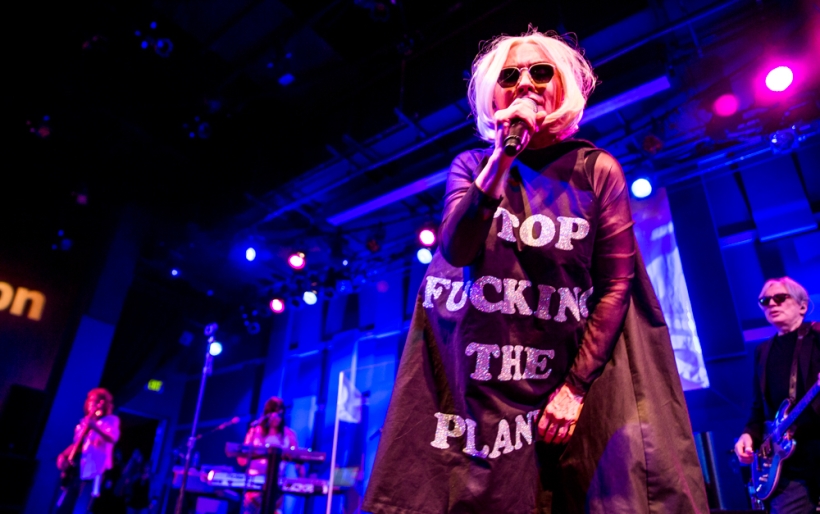 You would think the highlight of a Blondie set would be the flawless performances of classic hits like “One Way or Another,” “Call Me,” “Heart of Glass,” “Dreaming,” and the rap-filled “Rapture,” all of which we heard during tonight’s NonCOMM set and all of which were real treats. But to be honest, the band’s new album Pollinator, released May 5th, is so good that it’s those songs, bridging disco, pop and darker rock, that had the crowd in the palm of Blondie’s hand.

The first Pollinator song Harry and co. performed was “Fun,” co-written by Swedish pop star Erik Hassle and TV on the Radio’s Dave Sitek. It has a disco-into-80s-pop transition sound that is so classic but also still so relevant in the age of electronic pop. Later on we heard the dramatic “Fragments,” an almost post-rock dreamscape that careens into a crazed, high-octane taunt of “do you love me?”. A somber piano solo led into what some might consider the centerpiece of the set, the Dev Hynes-written second single “Long Time.” It was pure pop with a beat made for dancing (what else would you expect from the Blood Orange frontman, though), and will certainly find its way onto many summer playlists in the coming weeks. Before closing with “Dreaming,” Harry introduced a song written by keyboardist Matthew Katz-Bohen. Pierced with synths and and one of the catchiest hooks on the record, “Too Much” is another contemporary classic.

We knew we were in for some kinda evening when Debbie Harry walked on stage in a bee crown and black, bee-shaped tunic lettered with “Stop Fucking the Planet” in glittering silver appliqué. “We’re trying to help the bees,” Harry explained. She slowly peeled bits of her costume off during the first few songs until she was left in an all black dress and black sunglasses – still the ultimate definition of downtown NYC cool after all these years. And though we’re nearly forty years removed from Blondie’s true heyday, there’s no sign of decline or awkward attempt at keeping up with the times when the band’s together on stage.

Blondie return to Philadelphia on August 2nd for a date at The Mann with Garbage; tickets and information can be found here. 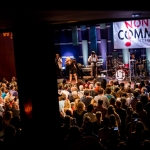 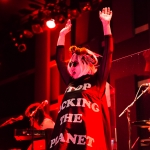 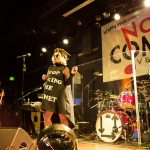 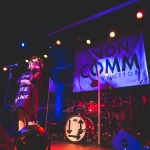 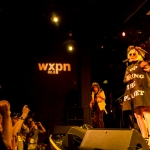 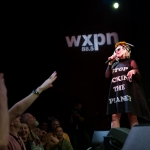 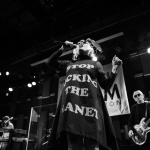 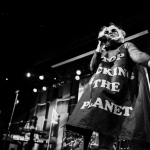 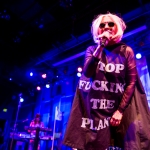 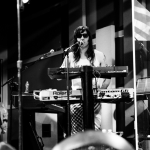 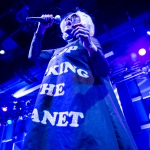