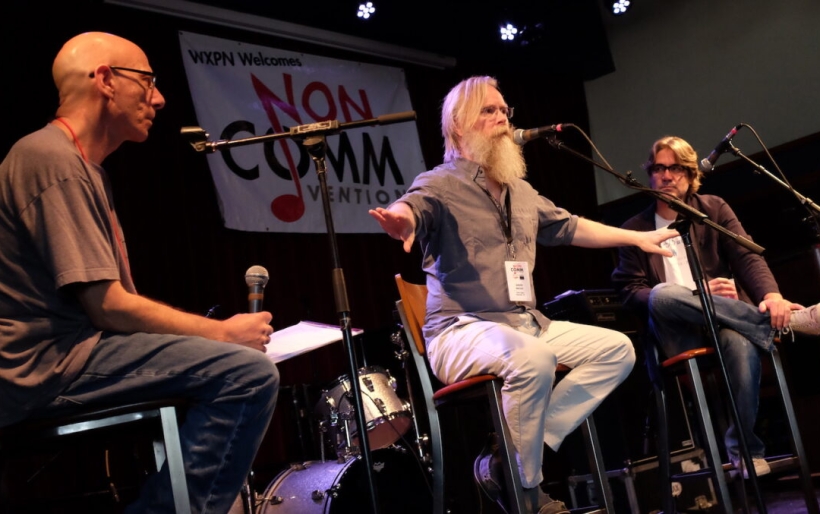 NonCOMM Recap: The view from within the industry

While so much of the annual NonCOMMvention focuses on the radio side of the music industry, the first panel at this year’s event took record label perspective on navigating what XPN program director Bruce Warren called “the iTunes economy.”

Joining Warren onstage was David Macias of Thirty Tigers records – home to Patty Griffin, Jason Isbell, Angeleena Presley, and more — and Bill Burrs of 300 Entertainment — a division of Atlantic that works with artists from Fetty Wap to Meg Mac.

The three discussed how record labels work to break an artist in a landscape where record sales have been diminished and labels look for new ways to make revenue in a landscape dominated by streaming.

“The diffusion of media infers that theres a lot more places to be seen and heard, but because people can self select their media consumption,” said Macias. “You find a lot more acts that can co-opt a certain amount of bandwidth. Artists used to sell, at the high end, 20 million [units] or more. Now very few artists, maybe two, do five million.”

Burrs stressed the importance of digital awareness in identifying new artists that are making an impact. “Spotify has become the biggest radio station in America,” he said. “So many of those playlists have so many listeners. Ten million people have streamed this record before you have even heard it.”

So, where does radio sit in a label’s list of priorities in artist development?

“We really try to think about it as comm building,” said Macias. “And noncommercial AAA stations in particular are really strong in communities for people of a certain type, who are culturally curious and want to be involved in their community.

“One person in [Thirty Tigers] does nothing but work independent record stores for that same reason,” he added. “They dig in a little deeper. Culture means more to them than certain other genres.”

Burrs said that less revenue means less resources to throw any project against the wall to see what sticks, so being selective in building a roster is key.

“You have to be smart and only sign projects you’re really passionate about,” he said. “Because you know we’re going to throw everything we have into it.”

Macias also talked about taking a more integrated, thoughtful approach to how artists are pitched and marketed.

“If I don’t understand the story to be told, how am I going to passionately convince others that it’s a story worth telling?” he said.

The panel also discussed artist rights issues, creating an artist-friendly culture to create loyalty as artists move on, and at least one very good Guns N’ Roses story from Burrs’ Geffen Records days. Listen to the panel below.