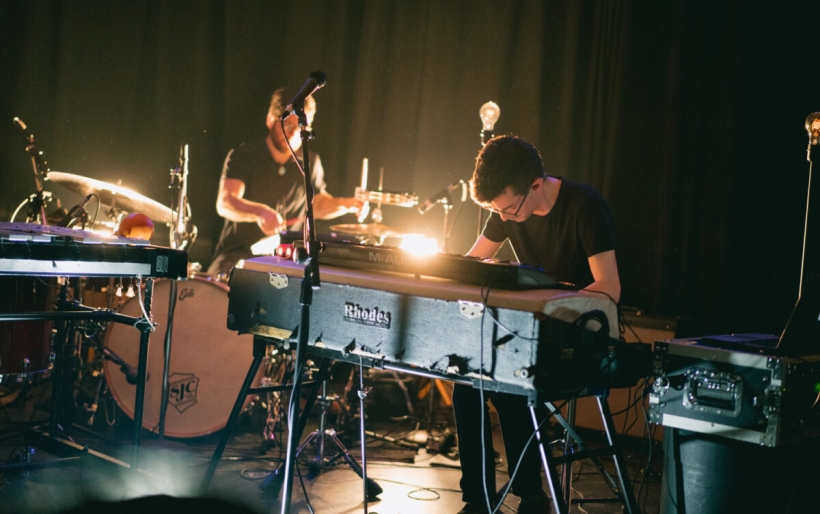 By Julie Miller
May 28, 2017
08:05 AM
Share
Square Peg Round Hole | Photo by Noah Silvestry for WXPN | silvestography.com

After an elaborate release show at Crane Arts last December, Square Peg Round Hole have now released their 2016 EP Five Years on Bandcamp. The five track effort was a follow-up to the local instrumental outfit’s Juniper full-length and explored a lighter, more ambient sound.

Untethering themselves from the percussion that drives the rest of their catalog, Square Peg Round Hole relied on a delicate balance of piano and synths across this record. Opening track “Wake” blooms from a soft repetition into a textural collage, while “Just Talk to Me” evokes the chaotic moments of a symphony tuning its instruments before dropping into a sleek back half. We heard closer “So Far, Not Close,” in December, a slow-burning composition that picks up warmth from a subtle horn section and still rings out several months later.

Stream Five Years below; Square Peg Round Hole will be joining the roster at Beardfest on Saturday, June 3rd in South Jersey and at Darlington, MD’s Luna Light Music and Arts Festival in September.