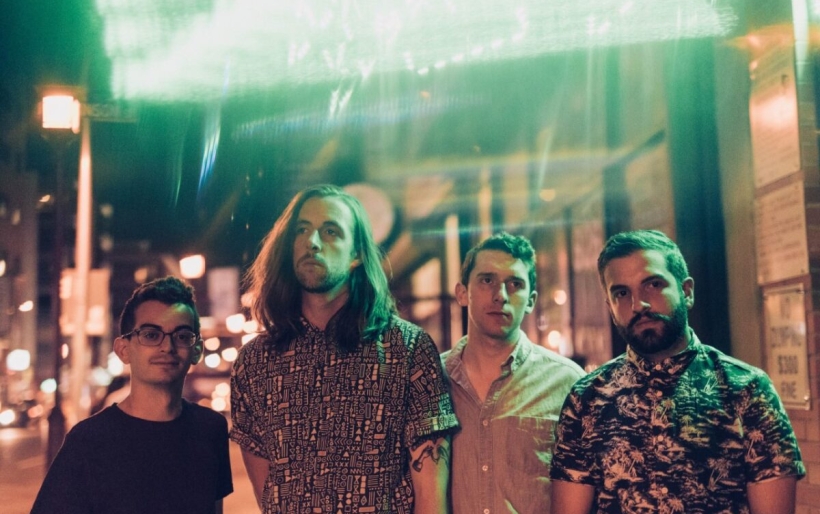 Caracara | photo by Emily Dubin | thedubyscoop.com | courtesy of the artist

The hiatus announced last March by Philly electro-dance-punk band W.C. Lindsay came with the promise of “neither stopping nor slowing down,” and last month they made good on this with the release of a debut single from a new collaborative project.

The brainchild of W.C. Lindsay’s Will Lindsay and George Legatos and Square Peg Round Hole’s Sean Gill and Carlos Pacheco-Perez, Caracara is Philly’s newest-by-name but by no means newest-to-the-scene indie rock outfit. Last week they dropped another single—the second of what I hope will be many as we wait for the release of a vaguely announced LP to come later in the year.

When you first listen to “Glacier,” I suggest doing just that—close your eyes and listen. It is one of those songs that builds and transforms, one that will give your emotions a workout if you let it. In “Glacier,” Caracara has managed to create a track that is both wrenching in its lyrics and moving in its rawness. The next single can’t come soon enough.