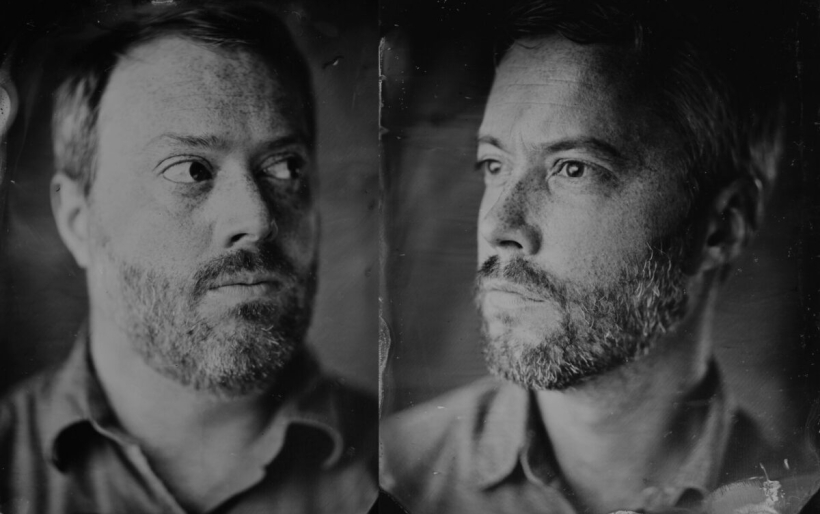 The Blair Brothers | photo courtesy of the artist

Before they co-founded the aughties Philly rock outfit East Hundred, brothers Will Blair and Brooke Blair had a background in film and music video. After the band parted ways in 2011, they turned their sights back to that world, and it’s since become their full-time gig.

Out of a small studio on Frankford Avenue in Fishtown, The Blair Brothers have crafted the tense sonic textures and evocative musical backdrops to a number of indie films of the suspense-driven variety; their big break came with Jeremy Saulnier’s acclaimed 2014 film Blue Ruin, and they’ve since teamed up with the director again on last year’s Green Room, and worked with their brother Macon on I Don’t Feel At Home In This World Anymore.

Tomorrow, their latest soundtrack hits iTunes; it’s for Evan Katz’s Netflix thriller Small Crimes, and it draws on a variety of styles, from traditional salsa to mysterious jazz and haunting ambient textures. The Blair Brothers appeared on the WXPN Local Show this Tuesday evening to discuss their return to film, reflect on scores that inspired them and to share songs from the soundtrack.

“Working with a director, it’s their vision, first and foremost, and they’re inviting you to contribute to it,” says Will, contrasting band work and film work. “This one was fun, because we got to jump through so many musical hoops.”

“With a film like this, where we’re asked to do multiple styles, every couple months you have to switch it up and change,” adds Brooke. “With a band, that might happen over a slower course, maybe album to album. It’s more slow and organic.”

The score recalls many standout soundtracks of the 90s / aughts indie film circuit. The vibraphone moods on “Terrible Things” hearken back to Jon Brion’s work on P.T. Anderson’s Magnolia. Meanwhile, “Manny’s Gotta Go” is led by jazzy upright bass, creating a sinister boom at a mysterious crawl — not unlike Angelo Badalamenti’s work with David Lynch, particularly on Lost Highway and Twin Peaks.

“We were teenagers when the first season of Twin Peaks came out,” recalls Will. “We had grown up with John Williams — E.T. and Star Wars — those big, sweeping, orchestral scores. And then seeing this dark, creepy, moody television series, and hearing totally different elements do the same emotional work of the score…that was one of the first scores that we started as teenagers thinking that it’s something we’d like to try.”

Based in Fishtown, The Blair Brothers have a bustling community of musical collaborators right at their fingertips. In the segment, we hear the salsa number “Conquista y Poder,” built around layers of percussion by Alô Brasil’s Josh Robinson and horn arrangements by Vince Tampio.

The opening tones of “Joe’s Free” were fleshed out by The War on Drugs‘ touring guitarist Jon Natchez, while the angelic choir in “Cara Coakley” finds Craig Hendrix of Japanese Breakfast, The Dove and the Wolf and Auctioneer filling out a Morricone-esque space with April Harkinson of Myrrias and Jesse Hale Moore. The soundtrack even ends with a cheesy / jokey fake car commercial featuring Trevor Leonard of The End of America.

“A lot of musicians are really excited to get into film works,” says Brooke. “Whether they’re looking to make a shift or not, it’s a different way to look at composition. Everyone usually seems enthusiastic to get involved. It’s a way to earn a living playing music, and is different than playing in a band.”

Listen to their entire interview below; the Small Crimes soundtrack is available tomorrow on iTunes, more information can be found here.