Become The Gatekeeper: Ramona Córdova reflects on a decade of pushing boundaries and arriving at the new ON PAPER - WXPN 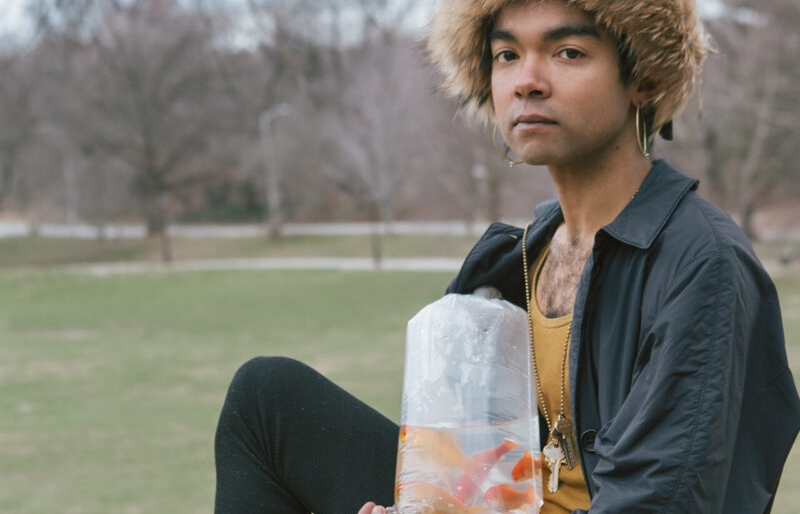 Ramona Cordova | photo by Inma Varandela | courtesy of the artist

Become The Gatekeeper: Ramona Córdova reflects on a decade of pushing boundaries and arriving at the new ON PAPER

Ramona Córdova‘s video for “Decision” opens with Angela Davis’s sultry, portentous voice lamenting the state of racial relations in 1960’s America, particularly police violence and housing discrimination against black people. Her words and Ramona’s use of them are portentous. As the video lurches through footage of hippies protesting it bleeds into stark bleached out film images of key moments in black history. “Decision” is a song about using your intuition to make loving choices– to stay, to go, and to live with these choices long after you’ve left the corporeal world. The songs contemplative nature is underscored by a marching, casio-fueled back beat that seems to hold together the wistful pop-folk. Despite a stark intrusion from a racist Willie Lynch quote, the video ends hopefully, awash in color, the people having made their choice to abandon the parts of them that are uninterested in liberation.

This kind of witchy imbalance and playful questioning has informed Ramona Córdova for the past decade they’ve been creating music. A multi-instrumentalist whose cultural background is a wonderful mosaic (Haitian, Filipino, Puerto Rican), Ramona embraces a nostalgiac sense of liberation through the dreaminess of the new album On Paper. The record is a buzzy, brilliant fever infecting listeners with its Flaming Lips-but-really good song writing. Ramona peeks through the lazy clouds of the act’s past efforts for a taste of modernity, albeit replete with a lo-fi orchestral scratch. A true angel with a voice to match, you can find Ramona Córdova on the one couch at your local community center, drifting through the dream state and the real world, at once absorbing the sight and sounds of west Philly’s queer bent indie scene and projecting an aura so vibrant genre can not contain.

We talked to Ramona about On Paper, the sometimes rough terrain of the larger indie landscape, and about the power in witchy energy. Join us!

The Key: In the video for “And On!” there is a lot if dark, witchy energy, the subject seems to be at a psychic crossroads. By the video’s end, it becomes more celebratory, more anarchic. How does that duality shape and inform you as an artist? Are those two aspects of your personality that you are working through?

Ramona Córdova: Mmm, in the video my ancestors basically follow me through my entire preparation for death before intervening, giving me a gift of hope by companionship and a feast for us to continue on the journey, so yes there is a sort of duality of death and life but there is also much more beyond that binary.

TK: You’ve played music as Ramona Córdova for awhile. Exactly how long? As well, you’ve expressed concern about not being picked up by a label. Do you think the landscape of indie music tends to pass over art and music from artists of color, particularly if they are politicized? Why or why not?

RC: I started writing the boy who floated freely around late summer/autumn 2004. I remember Pitchfork refused to recognize the album in any way, despite its international buzz. At some point I started feeling that if you’re not “black enough” or “exotic enough” for white folks to fetishize, they’ll choose [a more palatable] white person to invest in. I also felt that my gender played a role in my lack of support. People like to have things easy and familiar, they don’t feel comfortable with people pushing boundaries in uncomfortable or nuanced ways, they want it black or white.

TK: The move from acoustic to accompaniment by drums and synthesizer is pretty striking. Is it harder to prepare live? How has that been received? Do you envision yourself ever having a band or do you appreciate making music as a solo act more?

RC: Mmm, well my last album quinn to new relationships was composed with piano, harpsichord, cello and electric guitar – so i don’t really see On Paper as being a total shocker.

People seem to really get into the live performance for On Paper. Now i perform with a drummer which adds another dimension to the performance.  For quinn to new relationships, we toured as a trio or duo so collaboration is not new to this project.  I like performing with others and also love collaborating in the writing process. So, a band maybe not, but a group maybe.

TK: You’re currently at Ida! Can you explain what that is, outside of queer commune/camp ground in the woods? How does spending time there affect your art and music output?

RC: Ida is gay. She’s where we are working on Building Permenance, decolonizing land from the deep-rooted racist white settler mentality and holding them accountable. [We at Ida] are taking back space for queer-trans-black-indiginous-poc. I think she’s just what my music needs.

TK: That’s awesome! How important is it for the gay community to connect to you in terms of playing shows, making art, creating music?

RC: It’s becoming increasingly crucial to me to be in more aware spaces. When I was younger it seemed less apparent.  The more I’m realizing who I am and that my politics and lifestyle are becoming increasingly important, it’s harder and harder to make art and play shows in spaces that are majority white and hetero-normative.  [This plays out as important] mostly in socializing around a performance.  If I was playing big shows with a back stage and hotel room i don’t think I’d care as much, as long as the space stayed safe and respectful and open to meaningful, challenging conversations. I would maybe even be excited that the things I’m doing can transcend boundaries, but at this point I end up feeling compromised as a person when surrounded by people and politics that I strongly disagree with. I don’t ever want to play in spaces that are patronizing, misogynistic, sexist, transphobic, homophobic.

TK: What are some ways artists and musicians can combat covert gatekeeping in the arts? Do you see things improving on that front, why or why not?

RC: Become the gatekeeper! I do see things improving. I’m seeing more and more that systematically marginalized groups are stepping up and becoming gatekeepers in the scene.

TK: Any dream line-ups music wise you’d like to play with? what art or music inspired your new album?

RC: When i started writing this album, I had just arrived back to the United States of America, after living for over three years in France. I learned to speak French fluently and was pretty deeply immersed in their culture. So coming back was, culturally, deeply confusing.  I would sing in French and then suddenly it’d sound like i was biting Beyoncé hard.

On Paper was definitely inspired by the struggle I felt transitioning back to the United States from France: re-arising trauma, feelings of state and social oppression, hopelessness, longing to be back in a place where i just felt free.

Musically, I only had a Casio keyboard to write with, so I just found the beat that sounded best to me and the tone that sounded best to me with that beat, and just pushed some keys until I got the sound that got me inspired and excited.  I’m an aquarius cuspy pisces.  I like to think that what i’m doing is so unique and original, and I’m driven by emotions.  I’m also not a music geek so i don’t have a ton of references on hand, but early on, on the production end, i definitely referenced Grimes a lot.

TK: What is next for you?

RC: Planning to release the album on Paper on July 4th! Stay tuned — join the mailing list at tinyletter.com/ramonacordova.