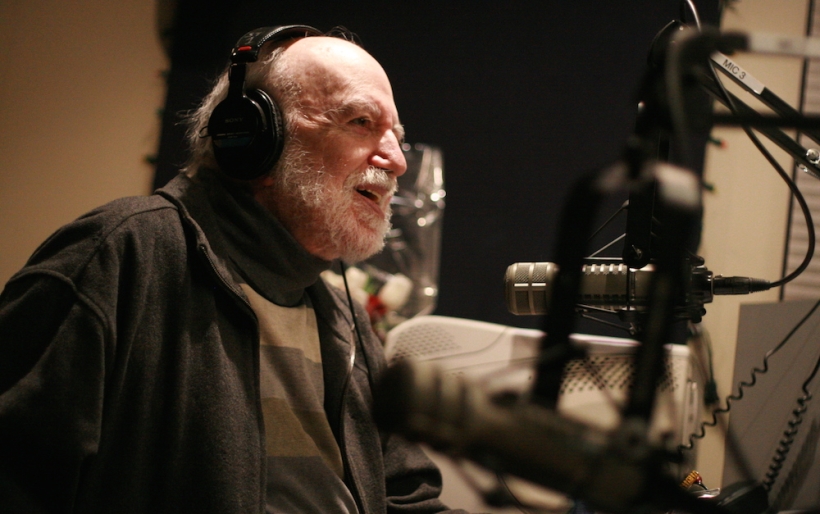 Two years after his final show with WXPN ended, folk music legend Gene Shay’s long and storied career as one of Philadelphia’s legendary radio personalities and the “Dean of Folk DJs”, continues to support the next generation of radio and folk industry broadcasters through his legacy. After the outpouring of camaraderie around the on-air tribute to Gene Shay on his last broadcast show on WXPN on February 1, 2015, Rich Warren (WFMT Radio / Chicago) and John Platt (WFUV / NYC) suggested the spirit be kept alive. In 2016 they met with Biff Kennedy (Charterhouse Music Group / Philadelphia, PA) and came up with a way to do just that – and have now presented the inaugural Gene Shay Folk DJ Scholarship, which will provide financial support for one new folk DJ to attend the Folk Alliance International Conference and more, every year.

The Gene Shay Folk DJ Scholarship includes conference registration, hotel accommodations and travel compensation to the upcoming Folk Alliance International Conference in Kansas City, Missouri (February 14th-18th, 2018). Applications for the scholarship are open now and close on September 30th. The winner, selected by a committee of radio veterans and music industry executives, will be notified by November 10th.  It is open to on-air broadcasters who program Folk and World formats, broadcast on terrestrial, satellite or internet formats for a minimum of one year and no more than 5 years.

For more information and the scholarship application, click here.