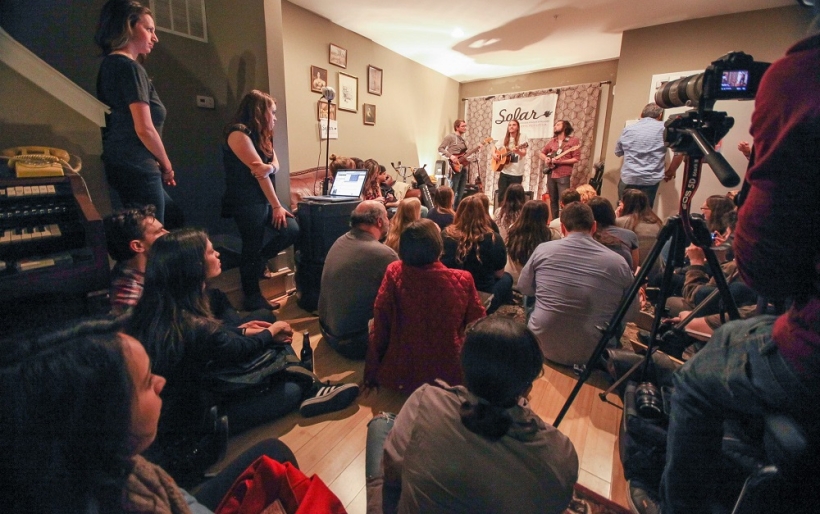 Sofar Sounds has built up a reputation as an organization that puts together intimate house shows with some insane lineups. Amnesty International is the world’s largest human rights organization and a leader in combatting the refugee crisis. Add the two together and you get one massive concert series, bringing 1,000 musicians to 200 cities around the world — Philadelphia being one of them — to raise money for and gather in solidarity with refugees. It’s called “Give a Home” and it’s happening Sept. 20.

Like most Sofar gigs, the details of each show, like who’s playing and where, won’t be revealed until later on, but you can apply for a spot now (more on that down below). Every show should have two or three artists performing and also include talks from activists about what can be done to address the refugee crisis, which affects more than 21 million people worldwide. Upon signing up for tickets, you’ll get a chance to donate to Amnesty International, who will use the funds for their “work in documenting human rights abuses and violations against refugees and pushing governments to find a sustainable solution to the refugee crisis.”

Now for the craziest part. Here’s just a tiny portion of the list of names that have already signed on to play for Give a Home: the National, Local Natives, Frank Turner, Grouplove, Oh Wonder, Esperanza Spalding, Julien Baker, Frightened Rabbit, Billy Bragg and Jessie Ware. Who plays the Philly show is still a mystery, but, wow, it’s fun to imagine.

Let’s get some links for you, shall we? For more info on the Give a Home series in general, head here. To apply for the Philly edition of the Give a Home event, go here. And while you’re at it, enjoy this SoFar Philly throwback with The Districts from 2012.