PREMIERE: Cavity Kids are a punk rock moon bounce on "Anything At All" - WXPN 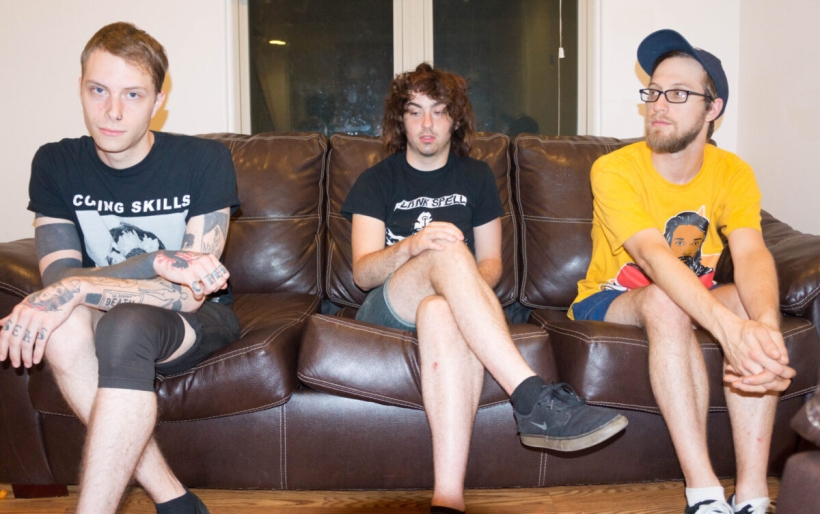 Cavity Kids | photo by Austin Vitacolonna | courtesy of the artist

PREMIERE: Cavity Kids are a punk rock moon bounce on “Anything At All”

Philly punk power trio Cavity Kids is very up front about the energized riffage of their one-minute-thirty-six new single “Anything At All.”

“It’s just straight party rock,” they tell us. “It sounds like you’re jumping around in one of those big blow up castles they have at kids birthday parties. But it’s at a rock show. The lyrics display a disconnect from that childish nature though. Because of that the song ends up having a lot of depth.”

This new basement jam trio is made up of guitarist / vocalist Dylan Pritchard, bassist / vocalist Pat Quigley and drummer Luke Martin. Their self-titled debut record, out July 21st, will be the third release on Citywide Records, the new tape label run by Rachel Dispenza of Coping Skills. (Note that Pritchard reps Coping Skills in t-shirt form in the photo above.)

Quigley recorded and mixed the record at UArts; it was mastered by Jeremy Kinney, and based on the howling, caffeinated blast of “Anything At All,” it’s got as much to offer fans of Algernon Cadwalader as it does fans of GBV. Take a listen below.

Cavity Kids’ release show takes place on Saturday, July 22nd at Little Italy in South Philly, where the band will be joined by Coping Skills, Vivian K, and touring artists Holy Pinto from the U.K. and Fk Mt from South Carolina. More information can be found at the gig’s Facebook event page. Check out the Cavity Kids album art and track listing below, and grab an order of the tape (or digital download) at Bandcamp.