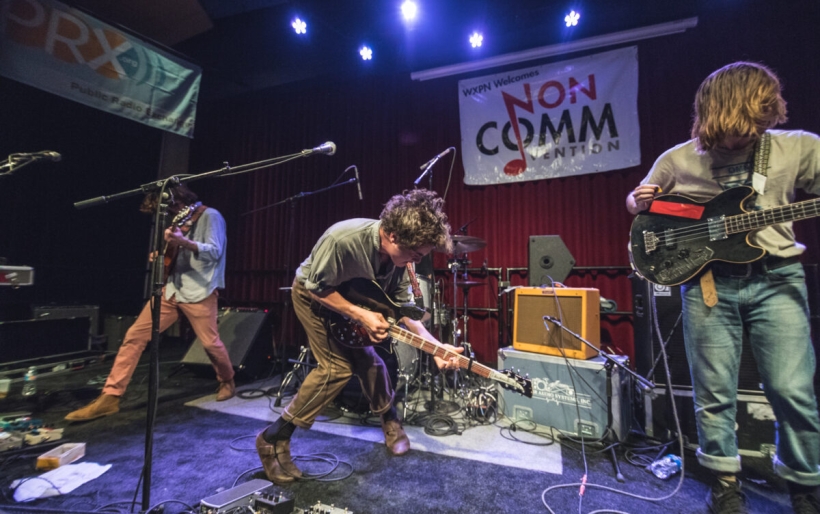 The Districts are set to release their third full-length studio album on August 11th, and thus far we have been graced with two lead singles from Popular Manipulations that are incredible by normal standards and standard by The Districts standards. That is, a standard of epic, soaring, searing, hard-hitting, self-aware indie rock that The Districts have cultivated and cut through within a genre that at times can feel overwhelmingly overpopulated and underwhelmingly repetitive.

Today, The Districts released a music video for Popular Manipulations opener “If Before I Wake,” a driving, building anthem of a song that makes the wait for August 11th that much harder. The video, which was filmed and edited by Alex Beebe of Pine Barons, features the band staring intensely into the camera while singing the song’s lyrics amidst a hazy, unsteady backdrop with a 90’s vibe. You can almost feel how hard it was for the group to keep their straight faces intact throughout the video, especially when the song breaks down and they break out some choreographed dance moves.

Watch the video for “If Before I Wake” below. Popular Manipulations is currently available for pre-order, and The Districts will be celebrating the album release with a performance at Union Transfer on August 11th with fellow local acts The Spirit of the Beehive and Abi Reimold. For tickets and more information, check out the XPN Concert Calendar.