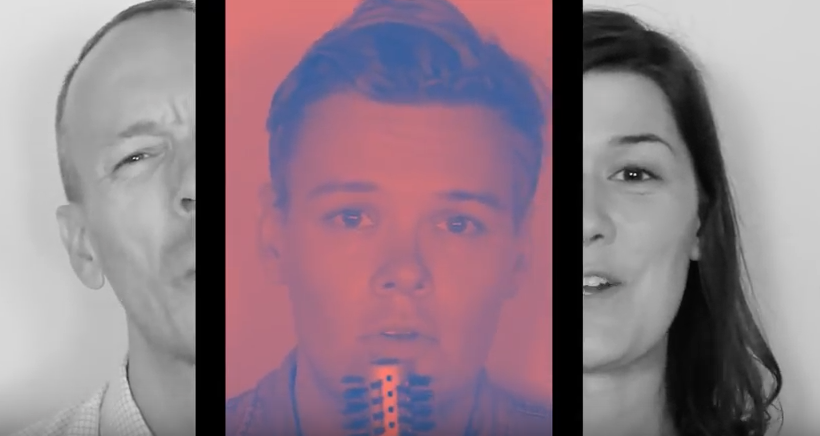 Philly three-piece Tinmouth released their second album Surprise Time in June, a record that sees the band get tighter and grow their songwriting skills as they hone in on and refine that punk and pop combo they crafted in earlier releases.

Before the album release, Tinmouth debuted their first music video for single “Get Over It,” a claymation, illustrated video with a storyline that serves as a commentary on the current sociopolitical environment. On July 19th, the group premiered a second video that is as different from the first as possible via Earbuddy for the light and fun “Coast.”

The “Coast” music video features split screens and fun effects as the trio runs through Philadelphia’s Mt. Airy neighborhood in a literal interpretation of the lyrics “I’ve been running so long / I can’t find the coast.” The DIY video was directed by Tinmouth’s drummer Alyssa Shea, who channeled her personal filmmaking inspirations Spike Jonze and Michel Gondry.

Watch the music video for “Coast” below and download Surprise Time here.