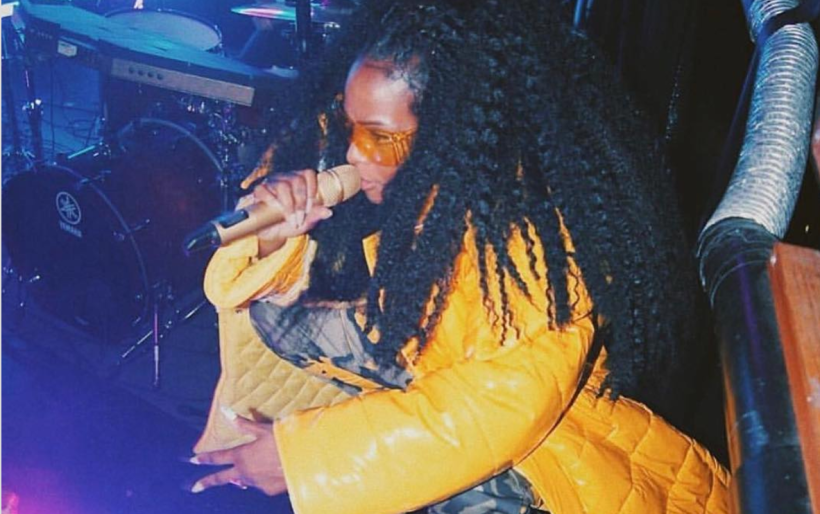 “Y’all want me to keep going?”

This was the question that alt-R&B amazon Dawn Richard (aka D∆WN) posed again and again to an absolutely rapt audience last Friday night in Philadelphia. It was equal parts invitation and threat, hinting at a sense of giddy validation even when asked with “Are you not entertained?” steeliness. Richard was as enticingly elusive onstage as she is on record, and after every permutation of the phrase across an exhaustive, exhilarating 90-plus minute set, the answer from the crowd was an obvious, resounding “yes.”

Backed by little more than a drummer and a guitarist/keyboardist, Richard delivered a performance worthy of an arena. Even with more earthbound instrumentation, her songs remained effervescent and ethereal. The latter quality was aided by luminous LED pyramids and projections of Escher-esque shapes, framing Richard’s continuously gyrating presence as something almost alien. Her commanding vocals matched her stage setup’s blast and bombast beat for Björkian beat, combining the full-bodied hilt of Mary J. with the flirtatious husk of Brandy.

Set-wise, the show was a masterclass in both sequencing and Richard’s own prolific discography, illustrating her expedient evolution as an artist and auteur over the last five years in real time. The audience demonstrated their ability to grow right along with her, knowing every word to every song off of last year’s underrated opus Redemption. Indeed, Richard herself appeared awe-struck at the sight of the crowd singing the patiently euphoric “Love Under Lights” to her instead of the other way around. Other highlights included recent single “Renegades” (accented by squalling guitar feedback), the Aphex Twinning “Calypso”, and the commanding call-to-arms of “Warriors”, the latter two from her 2015 high watermark album Blackheart.

Befitting her catalog’s constant conjuring of cosmic battle imagery, Dawn’s show was formidable, fearless, yet also fun as hell. People who entered as fans seemed to exit as full on recruits. Here’s to Dawn Richard and her ever growing army keeping on going for a long time.