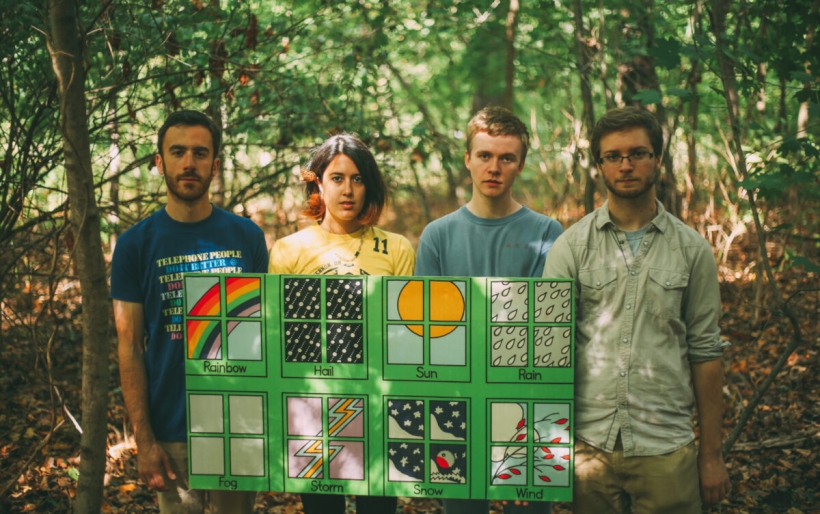 Pinegrove | photo by Andrew Piccone | courtesy of the artist

Attention: Pinegrove are (were? have been?) recording a new full-length album, and they are granting us with an inside look at the process via a weekly video series shot by frequent Pinegrove videographer Kenna Hynes of Tiny Ship Co.

The six-piece group’s self-released 2012 album Meridian and two EPs had garnered them a dedicated following in the Philly scene and around the world, and their 2016 release Cardinal was their official debut album on Run for Cover Records. Pinegrove have been touring fairly consistently in support of their last release, and save a two-week break in their current summer tour they’ve been on the road since May. Their next month-long break splits the two legs of the tour. To me, this timing is a pretty good indicator that a new Pinegrove record will be in the can by mid-September.

In the “Command + S” video series, the band is their usual goofy selves as they set up shop in a “big chill house,” examining every nook and rearranging every cranny to find the perfect spots for recording, which they are apparently taking on themselves for LP 2. The series will be released weekly on Pinegrove’s Youtube channel. Watch the first two parts of the series below, including an absolutely delightful cover of Coldplay’s “Yellow” by lead singer Even Stephens Hall.

Pinegrove will perform at the XPoNential Music Festival on Friday, July 28th. Click here for tickets and more information.
‘