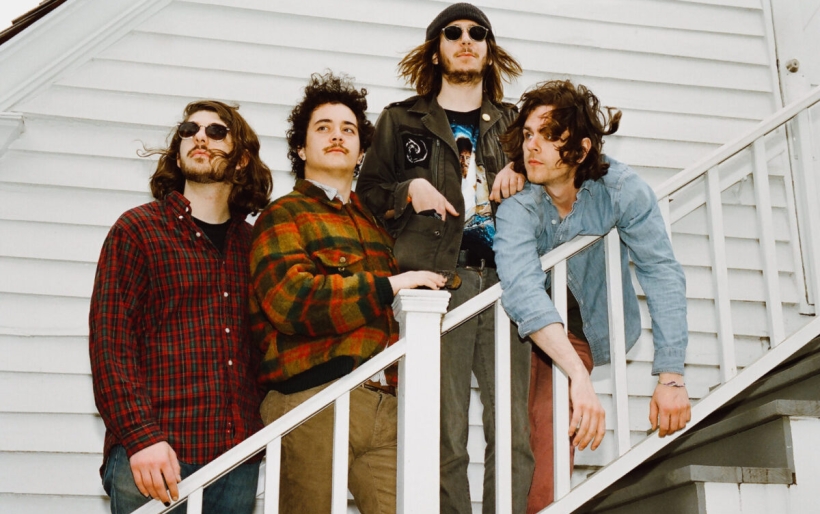 The Districts | Photo by Pooneh Ghana | courtesy of the artist

It’s been a long countdown to the release of The Districts‘ third studio album Popular Manipulations on August 11th, but they have made the wait sweeter with some amazing singles and a goofy music video. This week, the four-piece dropped another single via Entertainment Weekly. “Violet” sounds a little different from “If Before I Wake” and “Ordinary Day” – darker, spooky, almost ominous but in a way that is masked by the group’s standard explosiveness and fast-paced unpacking of one-line lyrics into driving anthems.

According to The Districts frontman Rob Grote has this to say about the themes of the new release:

Lyrically, ‘Violet,’ deals with ideas of possessiveness, intimacy, sex, dependency, and how they’re used manipulatively. Kind of a look at how these things can be beautiful but are also used as devices, usually unconsciously which is the somewhat terrifying part. There is a pervasive thing throughout a lot of classic and modern popular music where ideas of ‘needing’ and referring to a romantic partner with a tone of ownership are normal and poignant lyrical topics. This song was using those same ideas but observing the strangeness in them, rather than celebrating them. Structurally the song reflects that strangeness by restraining and exploding somewhat irregularly.”

Listen to “Violet” below. You can hang out with The Districts on Monday, July 31st at Johnny Brenda’s as they spin an all-vinyl happy hour set in support of Beyond the Bars. They will celebrate the release of Popular Manipulations on August 11th with a show at Union Transfer along with Abi Reimold and Spirit of the Beehive, and in a just-announced billing they will join Modern Baseball to serve as backing band for the great Daniel Johnston on October 4th at Tower Theater.