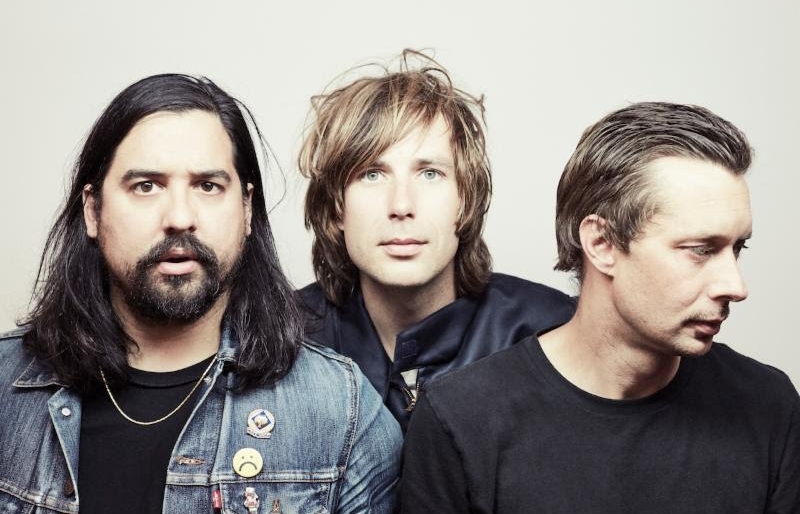 Mister Heavenly | courtesy of the artist

Mister Heavenly is the trio of alt-rock fans’ dreams: Man Man singer Ryan Kattner (Honus Honus) of Philadelphia; Islands’ Nick Thorburn of New York; and drummer Joe Plummer, currently of Cold War Kids, formerly of The Shins and Modest Mouse (and, sometimes, Michael Cera?). The group prefers to classify their sound as doom wop, an intersectional genre of 60’s rock’n’rolling doo-wop and ominous, doom-y themes – a combo that after learning about makes me wish that it was a whole lot more popular.

The group released their debut LP Box of Love on Subpop in 2011, but after touring it they went back to their separate projects and Mister Heavenly appeared to be a one-off until earlier in the year when they posted a picture of studio work. Today, Stereogum premiered the first single “Beat Down” to accompany the group’s announcement of a new album and tour.

“Beat Down” is a fun, foot-stomping, head-bopping track that carries forward the doom-wop to this next phase of Mister Heavenly very nicely as the upbeat tune masks the dark “I don’t need no love / all I need now is a beat down” lyrics.

On the new album Boxing the Moonlight, Nick Thorburn says “It seemed like it was a good idea to pivot from the subject matter of the first record. That was maybe a more emotional thing, and I think this record is much more physical.”

Watch the retro lyric video for “Beat Down” below. Boxing the Moonlight will be released October 6th on Polyvinyl, and Mister Heavenly will be playing a show at Johnny Brenda’s November 5th. Pre-order the new album here.