Angel Olsen is like the Beyonce of indie rock. I know that’s a pretty hefty, slightly far-field statement, but it’s exactly the conclusion I came to as I stood completely mesmerized watching Olson’s performance last night under the shelter of BB&T.

Yes, these two kickass music ladies possess a plethora of differences, but they align in one shared characteristic: the inhuman ability to cast bewitching spells over the crowd–creating unsuspecting, faithful minions as they sing away–and all the while doing so in effortless, flawless fashion.

Onstage, Olson radiates a vibe of such easy coolness. Donned in pair of shades indoors, she jumped head on into her crunchiest jams, including the irresistible rocker, “Shut Up, Kiss Me,” which had the entranced minion crowd operating in full jam mode.

I don’t know how she does it (it’s the Beyonce trait, I tell ya) but everything seems so simple for Olson as she can transition in a second from moments of loud crunchiness to ones of arresting ache, with sprinkles of hilarious quips on top. The perfect example of all this? After the set’s opening jams, she easily faded into a tale involving her Southern Baptist upbringing and the victorious journey to a Super Soaker, then floated into the ethereal rapture of “Acrobat.” And it all worked perfectly because its Angel Olson. And she’s the Beyonce of indie rock. 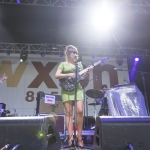 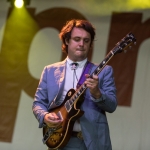 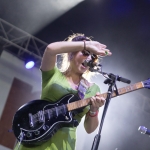 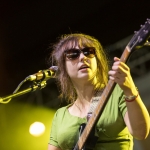 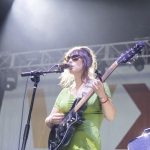