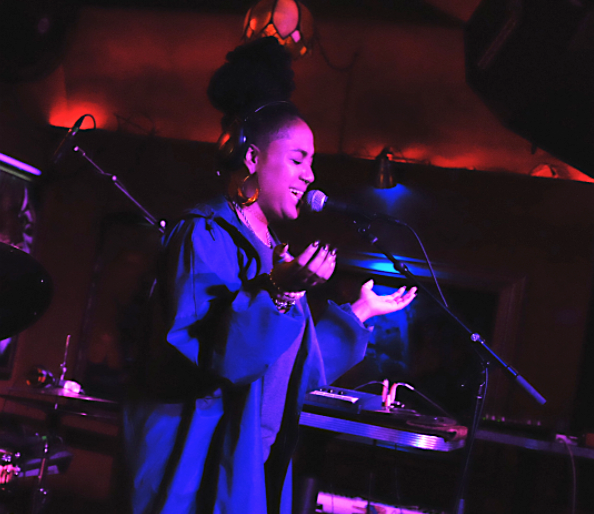 It’s been three years since Philadelphia has heard any original #dopeazzmusic from singer/songwriter Jacqueline Constance. In 2014, the local scene found itself binge-listening to the Mt. Airy songbird’s EP The Jacqueline Show — not too long after, we began binge-watching her YouTube channel, filled with dazzling a cappella sound-loop videos recorded at her home. But we’ve been waiting for a new season to the Jacqueline Show since then. That ends today, as Jacqueline Constance unveiled her latest single “Orange Moon.”

On the final track of her EP The Jacqueline Show, “Bitter Girls,” the soulful singer tells a story of how heartbreak and betrayal can cause good-hearted women to grow bitter with scorn; “Orange Moon” sounds like a continuation of that story. We now find Constance meeting with the women on the side to discuss the situation: the two them dealing with the same romantic interest, which leads into a night of passion as the flamboyant orange moon shines it vibrant stimulating light upon the two lovers. Lines like “It’s funny how lust can lead to temptation / Your infidels lead to elation” shows that if karma is a bitch, then as of now she belongs Philadelphia’s own Jacqueline Constance.