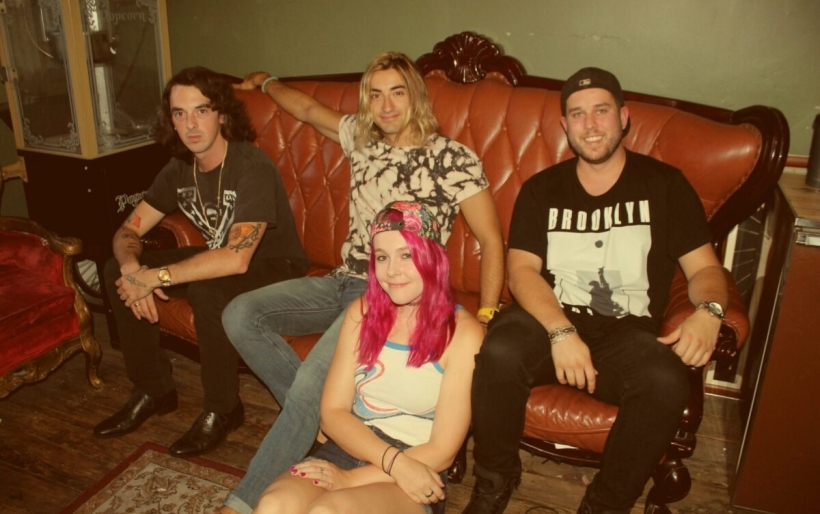 Sonnder | photo courtesy of the artist

PREMIERE: Sonnder celebrates letting go in the “About Time” video

Philly modern rock four piece Sonnder released its debut LP Entanglement last year, following a year of monthly singles, gigs around the region and constant creativity. The band has kept the album in its forefront in the months since, releasing a string of music videos from the album with director Dan Levitt. Today, we’re happy to premiere their fourth and latest collaboration for you — a video for the album’s bittersweet romantic centerpiece “About Time.”

Frontman and songwriter Ryan Weidman tells us the video was shot at bassist Ryan Killough’s family home in Pipersville, Bucks County, right near the Delaware River. The beautiful location emphasized the ambience they looked to achieve with the song, and the video’s narrative of a midnight summer engagement party. Says Weidman:

“About Time” is all about realizing it is possible to love again. You will get through whatever it is you are going through to hopefully realize how grateful you are to be exactly where you stand. It’s all about that Eureka moment where you realize “Wow! I’m feeling love again” even though you thought you never would.

Sonnder plans on continuing its collaboration with Levitt until October, producing videos for a handful of other Entanglement tracks and perhaps dipping once into its back catalog. “He is crazy creative, and has amazing visual direction for our music,” says Weidman. “We may do a three-part music video epic this winter. Who knows?”

Weidman says the band will also be releasing its next music video in the fall to announce its next creative steps, along with an October 6th performance at Triumph in New Hope. Keep tabs on them at Facebook for more updates.