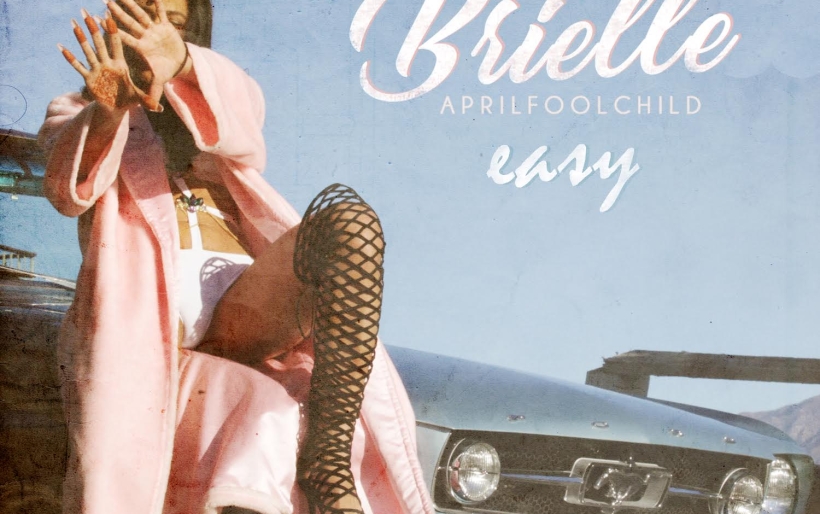 After releasing her emotional debut EP The Rough Break Up, Philadelphia’s own Brielle seems to have been growing and glowing with her music. Over the past three years the singer / songwriter has been perfecting her craft, touring across the country and continuing to channel her emotions in any studio she steps in to create songs that express the April Fool child’s spirit. A perfect example of that would be Brielle’s new video “Easy” — for a single that releases this week, via Mi5 / Universal Recordings — where the songbird creates a simplistic groove that shows how effortless it is for her to showcase her shine.

As a songwriter, Brielle is known to be nasty with the pen, but on “Easy,” the focus is not her talent as a wordsmith. Actually, it sounds as if she decided to go in the booth and freestyle the lyrics, which would make sense considering the vibe of track is nonchalant yet cool. It gives the listeners the feeling as if Brielle is riding around on a cloud unfazed by anyone’s negative energy.

On the visual end, director Dame Pierre II does an amazing job capturing the attitude of “Easy,” as we see Brielle and two lovely accomplices of hers riding around sunny California without a care in the world in a lowrider instead of a cloud. Below you can checkout “Easy” and see how the City of Brotherly Love’s own Brielle makes being divine and confident look like light work.