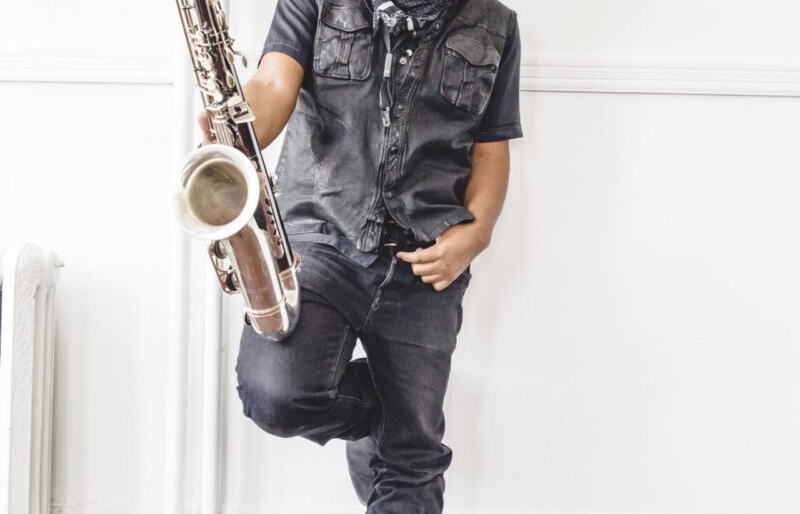 More Than Jake: Jake Clemons goes beyond what you think you know of Fear + Love

Calling from a solo tour stop in Montreal, saxophonist-singer Jake Clemons offered up a smart and pleasant, conversation and a humble man’s attitude when it came to being a guy you (think) you know from brand-name family ties, literal and figurative. Soft-spoken and easy to laugh, Clemons seemed pleased to open up about the studied songwriting process and the emotional connections to the songs on his new album, Fear + Love, a record he’ll pull form at World Café Live this Wednesday September 13.

The Key: Quick first question. Can you get me Springsteen on Broadway tix? There’s a five spot in it for you if you get one, and a tenner if you can grab me a pair, but only if they’re choice seats.

Jake Clemons: (laughs) I think even I’m going to have a hard time getting those. That’s out of my reach.

TK: So when was the last time that you played out as ‘Jake Christian’?

TK: Years ago, I met you with Uncle Clarence, and the two of you were a picture of cool. He was a gentleman, very honorable and nice. What was so special about that relationship beyond the instrument you chose?

TK: I picked up a tenor sax because my dad played AND because at a young age, I worshipped Coltrane and Dexter Gordon. Besides Clarence and your pop, why did you pick up that axe as your primary instrument? How did the sax speak to you?

JC: There wasn’t much besides (laughs). It was only after seeing Clarence play that I was drawn to it. That’s what I wanted to do from the moment I saw him – play the sax. My dad did play sax in his marching band, but it never occurred to me to grab one until I saw Clarence. Now, as I got older and studied jazz, I fell in love with Coltrane and Dexter Gordon as well, and other influences expanded over time. TK: Owing to the fact that the EP and the new album sounds nothing like your occasional employer’s work, are you writing away from Bruce – literally and figuratively? DO you divest and divorce yourself from that sound? Are you finding space in your head and on the road to create that distance?

JC: I’m not divorcing myself from anything. My process of writing is to be as honest and in the moment as I can be. And I’m writing constantly: on the road, in my head, walking down the street. When it comes to the fullness of the writing and recording process, I’m looking for the essence. There’s not a lot of intention as to what I want or NOT want a song to sound like when writing.

TK: That’s different though when recording?

JC: Oh yeah. In that sense and the structure of the song, I’m looking for specific sounds to convey what I want them to convey. That’s the much more detailed part of it all. The songwriting is the start. The recording is the journey. There’s a concept, a tonality to it all, a narrative.

TK: What did you learn from making the EP that you brought into your first album? What to do or not to do?

JC:  Editing. I thought you just recorded your best songs and that was that. Learning that on the next record was massive, transformed the whole album. And resolution, the strength of storytelling, convey that narrative – I was just beginning to learn that when I started recording. Emoting is simple. To resolve is difficult, to make that character come to grips with a better way. I learned how to make a song a story.

TK: Thinking of that, what song from Fear + Love game the rest of the album its theme or roadmap?

JC: The title track, honestly, and “A Little Bit Sweet.” It’s about dealing with the reality of who you are staring you in the face, and I’m going to a better, healthier stronger place and leave the bad behind. There are sweet things around the corner once you leave the bad behind. But you have to get to that.

TK: What can you tell me about “Shadow?” I dare say that I can hear and feel that it is about someone you know and the circumstance is not good.

JC: Yeah, that nails it. It was a tough song for me. I’ve been blessed with having an experience that a lot of people in my profession don’t get to have. Other people have to deal with a different reality. You can understand just wanting to have a connection with somebody, but sometimes it’s not all there – you can’t feel it. There’s a lot of back and forth. Not everything is resolved. That’s just how musicians are. That was a difficult perspective to get to.

TK: It’s about losing someone who is never really gone.

JC: Yes. One of the things that I love about music however, is that as time goes by, a song’s meaning changes, so I can look at it differently than when I first wrote it. Somebody I now who lost her husband in 9/11 looks at “Shadow” differently.

TK: Is it bar-raising having to work with that cats in E-Street when it comes to finding a band who can play what you do on “Fear + Love” which is a little bit of rock, R&B, blues, jazz, funk and such?

JC: Music for me is a conductive element, a connection. In a live setting, you have to get there, and whatever gets you there most effectively is my goal  In terms of having a band, I have to have people who understand that and do that, and from there, I vibe on that.

Jake Clemons performs at World Cafe Live on Wednesday, September 13th. Tickets and more information on the show can be found at the XPN Concert Calendar.