Snap, Crackle, Pop: The music of the Fringe Festival 2017 - WXPN 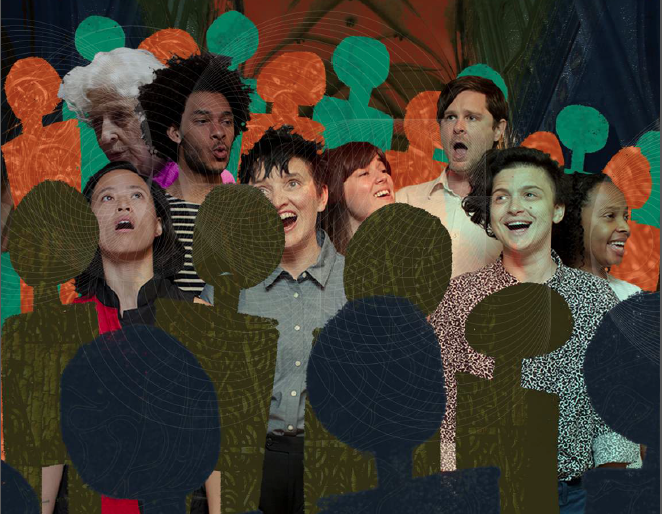 Snap, Crackle, Pop: The music of the Fringe Festival 2017

Tell Nick Stuccio, the president and producing director of the Philadelphia Fringe Festival, that for this – his 21st fest – the topic of our discussion is “music” and he all but busts like a hot water pipe. “

Great great idea; no one’s ever focused on the music of the Fringe. Whether separate events, concerts or as part of the productions, music has always been so crucial to the Fringe.”

For Stuccio, the rich wellspring of music that is the soundtrack to the Fringe has always been a most “excellent through line” from show to show. “And there’s a deep, diverse wellspring of music to speak of, most particularly this year,” says Stuccio, remarking on everything from Martha Graham Cracker’s vocal soul Olympics to the accordions pumped by none other than alterna-musician Elvis Perkins who composed for, and collaborates on stage, for Geoff Sobelle’s apt-titled HOME production.

“I’ve been friends with Elvis for years, since high school, and he was really anxious to be part of this production after we talked about it forever,” says Sobelle, stating that the music for HOME, an impressionistic brand of folk, is “exactly the sort-of mash-up for which he’s known.” Stuccio goes on to enthuse about a handful of the “curated” Fringe’s productions, starting with the symphonic theatre in five movements of Pig Iron’s A Period of Animate Existence. This epic work, conceived and written by composer/filmmaker Troy Herion, scenic designer Mimi Lien, and director/Pig Iron co-founder Dan Rothenberg touches upon existential questions of life, future and a dire “Sixth Extinction”: all to the plucky gospel-chamber classicism of Herion and 80+ performers including The Crossing, Contemporaneous, the Philadelphia Boys Choir & Chorale, Philadelphia Girls Choir, and Philomusica. “Troy’s one of the most talented composers In America and music is the heart and soul of that piece – an unusual move for Pig Iron to give themselves over so fully to music,” states Stuccio.

Close Music for Bodies, composer-producer Michael Kiley’s resonant chorus of strangers and intimates – with no microphones or electronic meddling according to its creator – is an unfiltered and passionate joy to behold. “Kiley’s work about the voice as instrument – the soul of being – is particularly special as he invites audience members to be part of the beauty of sharing communal space,” notes Stuccio.

Of New Paradise Laboratories’ Hello Blackout! and its family vacation through the Apocalypse conceived by company boss Whit MacLaughlin, composer Bhob Rainey and a chamber-like teams of reeds and strings, Stuccio says to expect the unexpected when it comes to this horror-farce. “We have a long collaboration with Bhob who is always kicking our work into a new gear,” says MacLaughlin. “This time, we’re performing with a live chamber orchestra, but not anything you’ll hear at most chamber music performances. In a sense, Hello Blackout! will be as much a music concert as it is a theatre piece with a super-group of musicians equally skilled in extended techniques as well as standard classical intonation.”

Even saxophone titan John Coltrane gets into the act as his A Love Supreme becomes the titular tale and soundtrack to Salva Sanchis, Anne Teresa De Keersmaeker and Rosas’ ode to divine love. “Anne has a very fine sense of music; Coltrane’s jazz is a deeply moving form, and she and her team express a new spirituality behind this seminal work and four incredible American jazz artists,” states Stuccio.

Here are several additional Fringe Fest works where music is a key element.

Stranger in a Strange Land – Rachael Basescu, Erin Brittain, Grant Mech, and Akiko Hosaki
Such a delightful program: four members of the Episcopal Church of the Good Shepherd’s choir, The Shepherd Singers from East 31st Street in New York City,  sing songs of composers and poets whose work took them away from their homeland. Expect Chopin, George Enescu, Kurt Weill, and others.

Moonage Daydream – Ego Actus
New York City playwright-performer Mary Monahan and producer-director-designers Joan Kane and Bruce A! look at how the soul and spirit of the glam god affected their lives and their aesthetic futures.

Psychotic Broadway – Midge Mattel
Maybe you’re not a fan of traditional show tunes. That doesn’t mean that you can’t get into a woman dressed in Hello, Kitty! Pajamas jamming good on Sondheim, Berlin and Gershwin. Plus, the ticket cost includes dinner by Agno Grill, and you can bring your own bottle.

We Shall Not Be Moved – Opera Philadelphia
Composer Daniel Bernard Roumain, librettist Marc Bamuthi Joseph and acclaimed director-choreographer Bill T. Jones create an epic instrumental and vocal work that looks through the lens of #BlackLivesMatter at a post-MOVE tragedy landscape.

All times, dates, locations and prices can be found at fringearts.com/all-presentations.