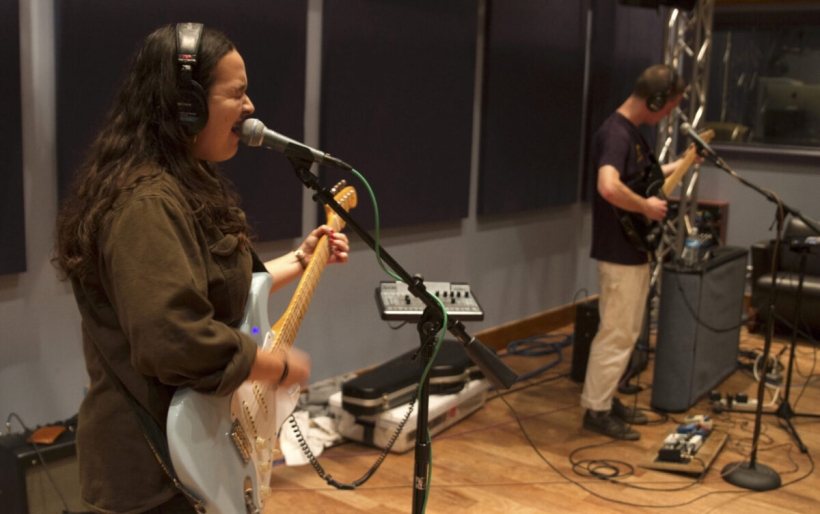 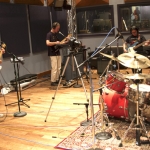 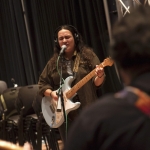 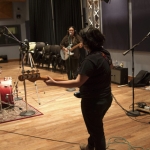 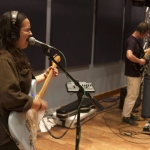 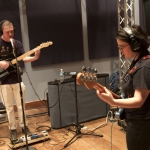 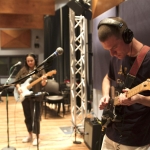 Reasons to love SPORTS: to begin with, their mantra, “friends FIRST, band SECOND.” You can’t miss that contagious camaraderie when seeing them onstage or in the studio — free of ego, free of pretense, free of the B.S. that ultimately divides artists who are motivated by forces other than playing music they love. There’s ample laughter and supportive sentiments from bandmate to bandmate, intermixed with sick riffs and catchy melodies. It’s refreshing to see: despite their tongue-in-cheekily competitive name, SPORTS is just a group of upbeat pals who moved from Kenyon College in Gambier, Ohio to Philadelphia to write songs and rock shows.
Consisting of singer-guitarist Carmen Perry, bassist Catherine Dwyer, guitarist Jack Washburn and drummer Benji Dossetter, the band connected with the scene surrounding West Philly’s beloved All Night Diner upon arrival, and released All of Something on Father / Daughter Records back in October of 2015. It’s a fast-moving set with songs rarely breaking the three-minute mark, which is another reason to love them: efficiency.

Their Key Studio session, for instance, is just under nine minutes long, but they cover a solid amount of territory in those nine minutes. The set opens on SPORTS’ latest ripper, “Making It Right,” from a forthcoming 7″ split with Plush; it launches immediately into the spunky minute-and-a-half “Nowhere to Be,” from their 2014 debut Sunchokes, followed by the slow-burn title ballad from that record that meditates poignantly on emotional hang-ups and feelings of self-doubt. (I say “ballad,” but I still mean “loud song with electric guitars.”) Perry and Washburn’s guitar interplay is terrific throughout, particularly on the brand new “Calling Out,” a take-the-day-off ode to self-care which you can watch a video of below.

That true-to-life lyrical outlook — which moves in step with Philly peers like Coping Skills and their dissection of the mid-20s crash — is another reason to love SPORTS, as is the band’s multifaceted sonic personality. On the one hand, it makes introspective indiepop in the vein of Camera Obscura and Saturday Looks Good To Me. On the other, it mixes with the we’ll-kick-you-in-your-face-if-you-cross-us punk rock energy of Thin Lips, P.S. Eliot and Los Campesinos!.

Listen to SPORTS’ Key Studio Session in full below, and see the band live this weekend when it plays the Philly Music Fest at World Cafe Live. Tickets and more information on the show can be found at the XPN Concert Calendar.