SoFAR Philly and Amnesty International support "Give a Home" with Esperanza Spalding, Shamir and Maitland - WXPN 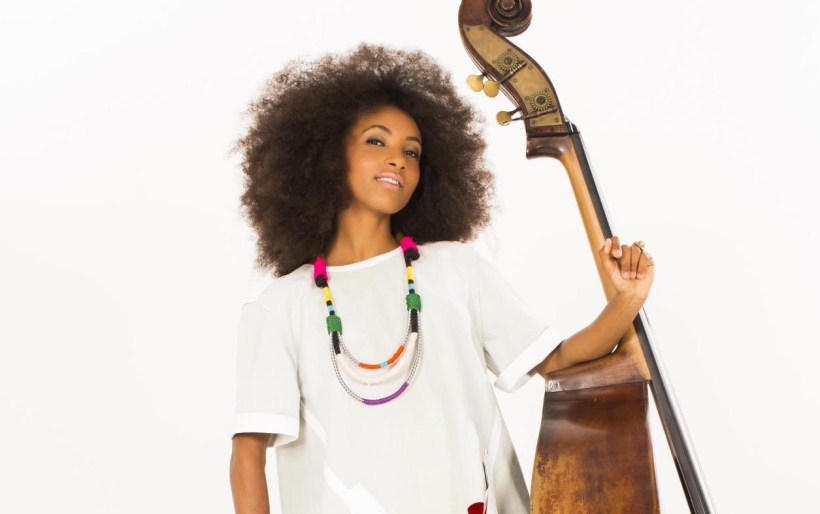 SoFAR Philly and Amnesty International support “Give a Home” with Esperanza Spalding, Shamir and Maitland

What a night we had last week! Thanks to the incredible Esperanza Spalding for sharing your raw musicianship with us in such an intimate space. Tickets are available for shows on 10-8, 10-13, and 11-11 apply at the link in our bio! �ø@abiraymaker #giveahome #sofarsounds #livemusic #philadelphia

On September 20th, Amnesty International partnered with the living room concert series SoFAR Sounds to hold a series of benefits across the world. 1,000 artists were booked to play 300 shows in 60 countries to raise money and awareness for the world’s refugees through Amnesty’s Give a Home project.

While SoFAR typically keeps their lineups under wraps, for “A Global Day of Secret Gigs,” the artists were released early, and it featured big names like Ed Sheeran in Washington, D.C. ,Hozier in Dublin, and BØRNS in Los Angeles.

On SoFAR Philly’s bill was Esperanza Spalding, Shamir and Maitland. The show was located in an ornate office building just off of Rittenhouse Square. Walking up three flights of carpeted stairs felt like walking through an antique mansion — SoFAR always chooses the coolest spots. Everyone got close and cozy as the sun set over the park and the bands began to set up.

Portland-born jazz musician Esperanza Spalding played first. The winner of four Grammy’s, Spalding took the stage with an upright bass and played an incredibly raw, enigmatic set. She’s truly incredible to watch, tuned in to her music at all times, Her style of jazz is so completely unique to herself as well, which makes it that much more enjoyable. She’s an artist; she’s one of those performers that you see and you just know that this is her life.

Shamir — originally from Las Vegas, currently living in Philly — played next, and he brought only his guitar and his eclectic personality. This guy was fun. He has one of these voices that is so rare to hear, you just have to stop and listen. His set was upbeat and his songs were mesmerizing and electric. The cool thing about SoFAR is that whether or not you’ve heard of the artists before, which up until tonight I hadn’t, you leave completely in love with both the performer and the person. And Shamir had everyone falling in love.

Ending the night was Maitland, a Philly indie duo pulling inspiration from Bon Iver and Fleet Foxes. They were the right choice to close the show – woodsy, relaxed, and sweet. These easy crooners had the whole crowd swaying and melting into their harmonies. One thing Sofar always does is choose performers that always compliment each other in some way. Where Shamir was lively, Maitland was soft and gentle. Where Esperanza Spalding was edgy, Maitland was calm. Everyone sounded so great together.

SoFAR is one of my favorite rising concert experiences. Every show is so unique from the last, and that’s what makes them memorable. To find out more about their upcoming events, you can check their website, and you can read more about their partnership with Amnesty International to donate.