Watch Eight's new video for "839," catch them at the church this Friday - WXPN | Vinyl At Heart 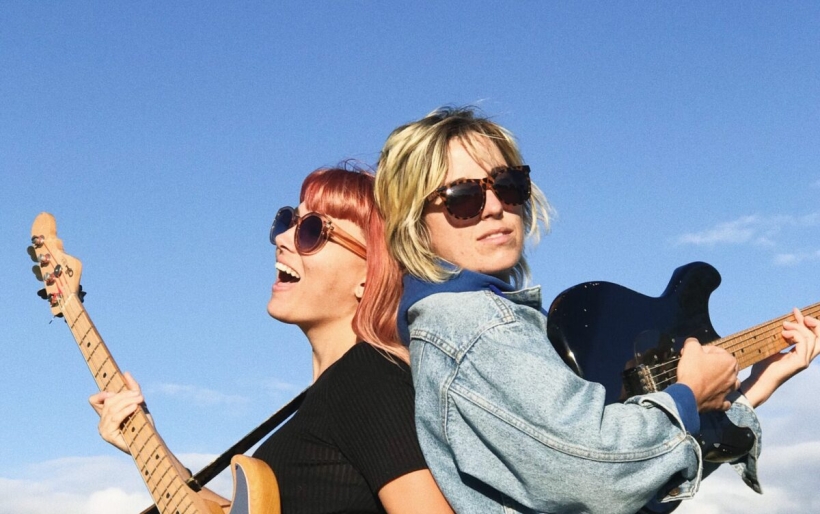 Eight | photo by Scott Troyan | courtesy of the artist

Watch Eight’s new video for “839,” catch them at the church this Friday

Since the release of their debut EP EIGHT almost two years ago, Philly power trio Eight have been lying pretty low. They’ll pop up at shows around town every now and then, and joined us for a Key Studio Session earlier this year. Now the band — whose supergroup lineup includes Mimi Gallagher (Year of Glad), Cat Park (Amanda X) and Pat Brier (Queen Jesus, Three Man Cannon) — are back with a spirited video for “839” and news of 7″ to be released on Dead Broke Rekerds.

The video — filmed by Park and Scott Troyan —  takes Eight’s signature guitar-driven tunes and places them in the middle of a sunny apple orchard, Gallagher and Park’s unmistakable harmonies filling in the autumnal backdrop with their familiar but always-fresh sound. Short and sweet, “839” is a perfect preview of what’s next from Eight.

Watch the “839” video below. Eight plays Radiator Hospital‘s record release show this Friday at the First Unitarian Church, along with Strawberry Runners and Outer Spaces. Find tickets and more information on the XPN Concert Calendar.