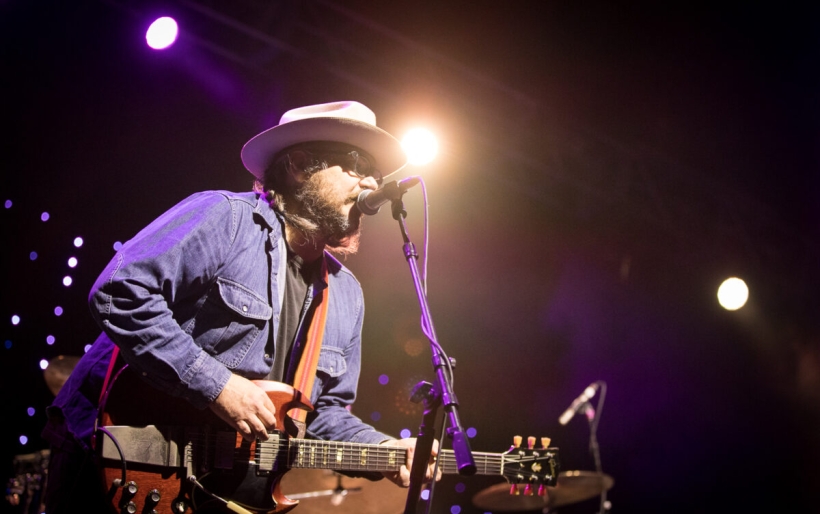 In Wilco News: A.M. and Being There get vinyl reissues, Jeff Tweedy collabs with Mavis Staples

On December 1st, Wilco’s first two albums will get a vinyl and CD reissue.

Available through Rhino Records, 1995’s A.M. and 1996’s Being There will feature several new bonus and never-heard-before tracks, as well as alternate takes and live performances. A.M. will be reissued on CD and a double-LP, and Being There will be a 5 CD collection and 4 LP set. Fans are also invited to purchase the album directly from wilcoworld.net , where they will have access to an exclusive colored vinyl limited to 2,500 copies of each album. Digital formats of both albums will also be released on the same day. You can hear “Casino Queen,” “Passenger Side,” “Outta Site (Outta Mind),” and “When You Find Trouble,” some of the earliest, and favorite, Wilco recordings in their original form.

Of the new releases, bassist John Stirratt says: “Listening back to records 15 to 20 years later, I’m always taken with the confident but guileless quality of bands in their 20s, that strange mixture of innocence and conviction, and this is one of those records…we were barely a band at that point, just trying to make some noise.”

I’m psyched to hear the beginnings of Wilco with these exclusive reissues, so don’t miss out when they’re available for purchase on December 1st.

Wilco frontman Jeff Tweedy has also just collaborated with the iconic Mavis Staples on her new album If All I Was Was Black. Featured on the album is a song written and produced by Tweedy, “Little Bit,” a tune filled with eye-opening political discourse, written from someone on the complete other end of the spectrum from Staples. It’s a song for today, about today, put out by two people who seem to have a definitive grasp on the racial turmoil our society is dealing with. You can listen to “Little Bit” below, and find Mavis Staples’s new album everywhere on November 17th.