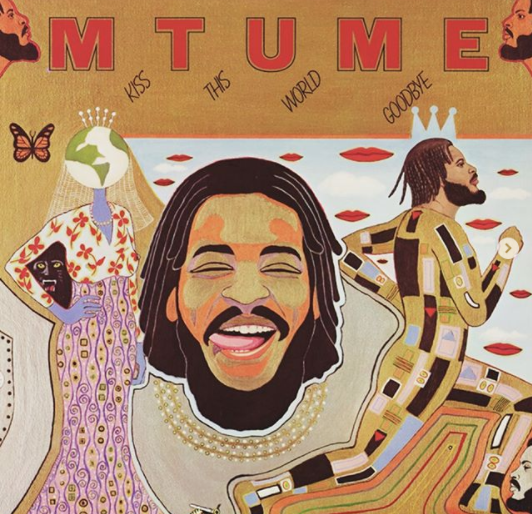 For the last year, Roots drummer and musical history buff, Questlove, has been presenting his podcast Questlove Supreme on Pandora. The weekly show features musical legends telling their stories about the industry and creative process. For the past two weeks, QLS has featured South Philadelphia-born multi-instrumentalist and producer James Mtume.

Two episodes are not nearly enough to cover his eventful life and career but the Questlove Supreme team do their best to get it all in. Philly native Mtume was first known for being Miles Davis’ percussionist during his more experimental years in the mid-70s. He then began working with fellow Davis sideman Reggie Lucas on more conventional music and the two wrote “The Closer I Get To You,” for Roberta Flack and Donny Hathaway. Despite doubts by Flack’s label, the song was not only included on her 1977 album Blue Lights in the Basement, but it became a huge hit single.

Mtume and Lucas went on to write other classic R&B hits like “I Never Knew Love Like This Before,” and of course Mtume is the man who wrote “Juicy Fruit,” for his band of the same name. The track is considered the backbone of many hip-hop hits and has been sampled numerous times, most notably by Notorious B.I.G.

Questlove’s interview with Mtume goes into these achievements, but he also discusses his time working with Donny Hathaway, the celebration of the first Kwanzaa (at which he was present), seeing Malcolm X speak and he drops many pearls of wisdom along the way. If you want to hear a living legend discuss how hit records were made or if you just want to hear good storytelling, listen to Questlove Supreme Episode 53 for part one of the conversation and listen to Episode 54 here for part two.