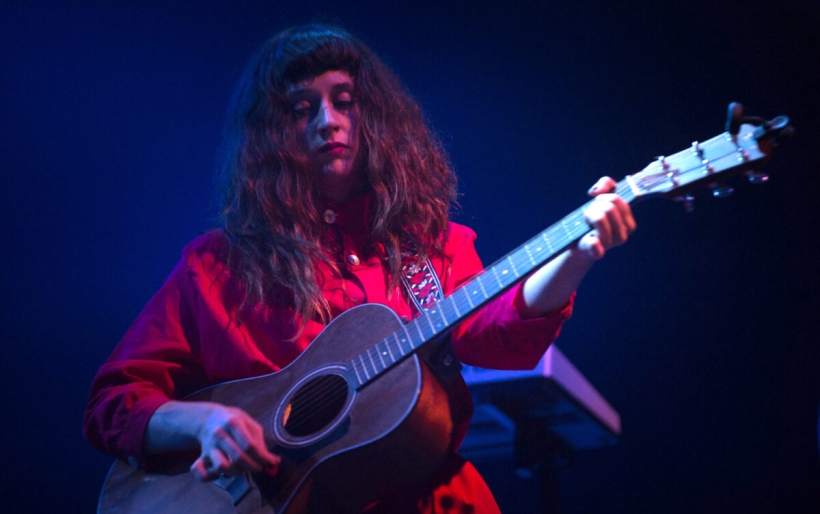 In between a crazy months-long tour that took Waxahatchee across the US and Europe this year, and with a fall tour that kicks off in just a few weeks, Katie Crutchfield found time to record a cover of The Velvet Underground’s “After Hours.” Crutchfield is joined by singer-songwriter Kevin Morby on the recording; the duo toured together last spring.

“After Hours” appeared on The Velvet Underground’s 1969 self-titled album. Crutchfield posted the home-recorded cover on her Tumblr, and tweeted, “the world is a dark place. here’s a cover of ‘after hours’.” Listen here. The Waxahatchee bandleader’s familiar voice takes center stage on the stripped-down version, and Morby chimes in to sing a verse.

A fixture of the Philly indie scene, Waxahatchee released their fourth album Out In The Storm this past July. Though Crutchfield has been known to play some gorgeous acoustic sets under her solo project’s moniker, lately Waxahatchee has been touring as a five-piece band, which is another whole level of incredible. Find their upcoming tour dates here.