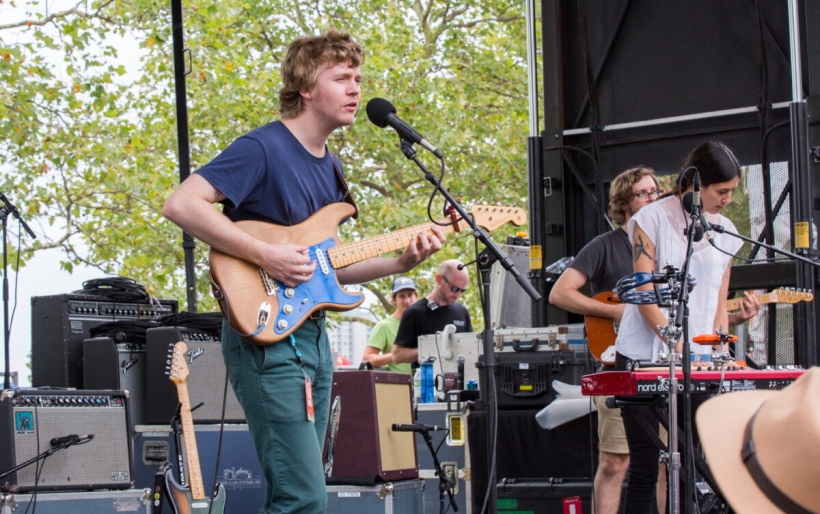 Pinegrove is contrite on its pensive, pretty new single “Intrepid”

“Intrepid” is a soothing new track highlighting soft acoustic strumming and textbook rock percussion that turns into a congenial mix of harsher electric guitar and heavier bass. Lyrically, “Intrepid” is riddled with apprehension and hesitation about diving into a new relationship and all the questions that come along with this process. It is very down to earth and relatable while still maintaining a high-level sound that slightly resembles expansive artists like Grizzly Bear.

Pinegrove is embarking on a lengthy North America and Europe tour at the end of November, which brings it to Union Transfer on December 10th; details on the show can be found the XPN Concert Calendar. In North America, they will be joined by Saintseneca and Adult Mom. In Europe they will be accompanied by Phoebe Bridgers. Check out the dates and listen to Pinegrove’s new single below.

$ with Saintseneca
% with Adult Mom
^ with Phoebe Bridgers