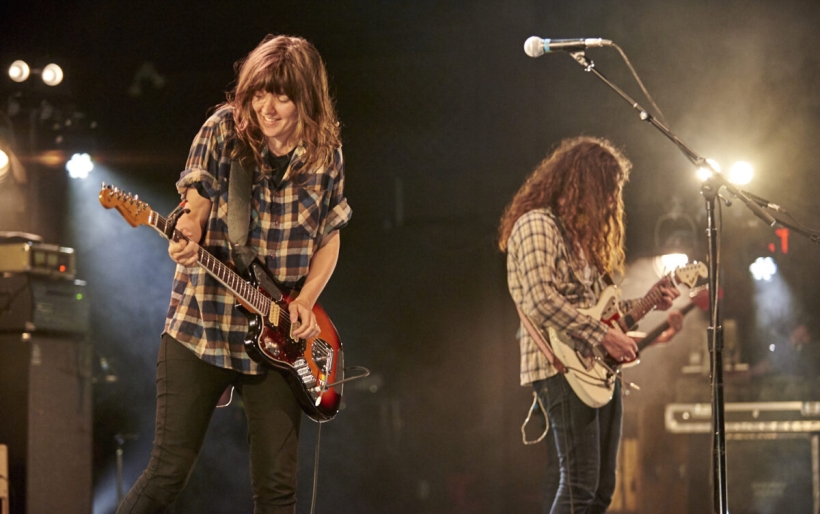 From the moment it was first announced, there’s been something tremendously appealing about this team-up. Kurt Vile, Philly’s humble hometown guitar hero, and the wry Melburnian riffster Courtney Barnett are two of indie rock’s most beloved, affable slackers, and the notion of the two of them palling around, goofing off and trading drawled vocals and casually sublime guitar licks was worth a bucket of grins. So it is with Lotta Sea Lice, the duo’s goofily-named, pointedly low-stakes collaborative LP, out last month, which, if hardly revolutionary in any respect, is just so abundantly pleasant. And so it was with their sold out Philly date last Friday night: just a couple of friends giving the kind of amiably understated performance that can make a majestic, storied venue like the Tower Theater feel like a big, cozy living room. To make it truly a family affair, Barnett’s wife, fellow Aussie songwriter Jen Cloher (who called her “my other half”) opened the show with a highly personably acoustic set. As she had at her Free at Noon appearance earlier that day, Cloher interspersed her earnestly plainspoken, lived-in songs with equally candid personal stories, including some very funny anecdotes from her childhood. But the sweetest and, especially in context, most affecting part of her set came with songs from her new, self-titled album – notably “Sensory Memory” – about missing Barnett when she was away on tour. While her current experience of playing theaters across the country, opening for her sweetie, surely makes for, as she quipped, “a good way start to her touring life in the US”, Cloher’ll be returning to play Johnny Brenda’s at the end January with a full band (including Barnett), promising to unleash some of the rockier influences (Patti Smith, the Pixies, Bowie) referenced in her stories and songs. As for the main event: Visually speaking, Barnett and Vile make an enjoyably well-matched pair onstage. Kurt’s got (even) longer, shaggier hair, while Courtney had on a spiffier flannel. Surprisingly, Vile was the more talkative of the two, not so much playing hometown host (it took him until halfway through the set to mention “feels good to play Philly…I’m from here”) as indulging his familiar habit of slinging quick little mumbles and yelps from behind his spiraling locks. In a tight set that took in almost all of Sea Lice’s new originals, borrowed tunes (one by Cloher, and an achingly pretty take on Belly’s “Untogether”) and reworked “self-covers” (but not, sadly, Barnett’s take on Vile’s brilliant “Peeping Tomboy”), plus a small smattering of individual catalog favorites and deep cuts, Vile offered a bit of context for his songs (on the playful “Blue Cheese”: “I wrote this as a teenager in Lansdowne”; on Smoke Ring for my Halo throwback “On Tour”: “a song about waking up next to your bandmate, smelling him, and thinking…’this is the life!’”) and some heartfelt appreciation for Barnett’s (on “Depreston”: “that’s my favorite song!”) As with the album, the performance was much more a case of Vile drawing Barnett into his aesthetic orbit than vice versa (not that the two are worlds apart to begin with) – which is to say they stuck to a fairly consistent mode of laid-back, somewhat hazy, often folk-tinged and stoner-y jams. There was little evidence of Barnett’s occasional punkier inclinations; even her power-pop hit “Dead Fox,” probably the night’s most upbeat moment, took on a more subdued cast than usual. But while it wasn’t the most dynamic or high-energy set it was definitely well-paced, consistently gorgeous and musically rich, with some great tuned-in ensemble playing, most notably from drummer Stella Mozgawa of Warpaint, who was, honestly, probably the most captivating performer on stage.

It was also Courtney’s birthday on Friday: the big three-oh, no less. Early on in the night, Vile tried rather adorably to direct a distracted Barnett’s attention toward some fans’ birthday wishes, before turning back to the audience and shrugging: “I heard what they said…and it’s true…happy birthday Courtney!” Later, during the encore, Cloher and the band members brought out giant gold balloons spelling out “CB 30,” and we all sang to her with proper ceremony (as she pretended to hide her face behind her guitar.) Cue the celebratory confetti canons as the band launched into the night’s final number, and Barnett’s best song, “Avant Gardener.” It was an amusingly over-the-top lead-in to a low-key, jokey little shuffle about having an asthma attack, but it was that sort of night. And while she seemed reasonably pleased to be entering her fourth decade under such circumstances, Barnett’s biggest smiles (and best intonation) of the night actually came a few songs earlier, when it was just her and Vile on stage, trading verses on Gillian Welch’s “Elvis Presley Blues.” Which was also my favorite part of the night. Because there’s not much that evokes the intimacy of an informal living-room jam session like singing your heart on a Welch/Rawlings tune. 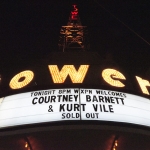 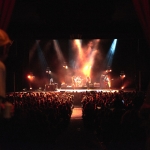 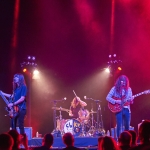 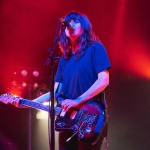 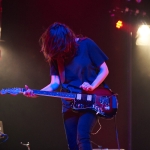 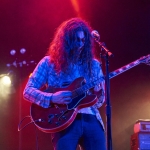 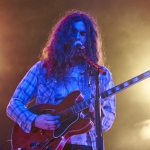 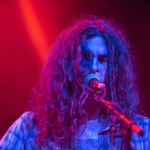 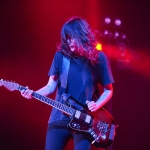 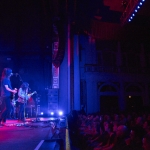 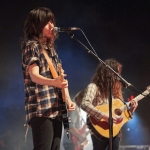 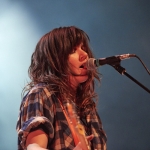 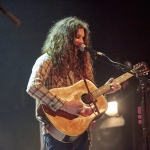 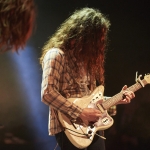 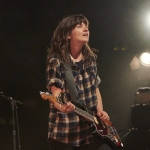 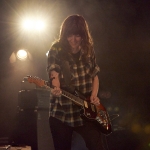 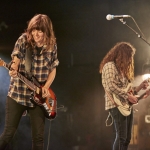 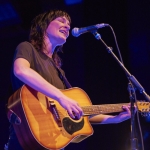 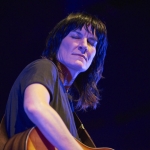 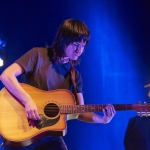 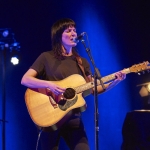