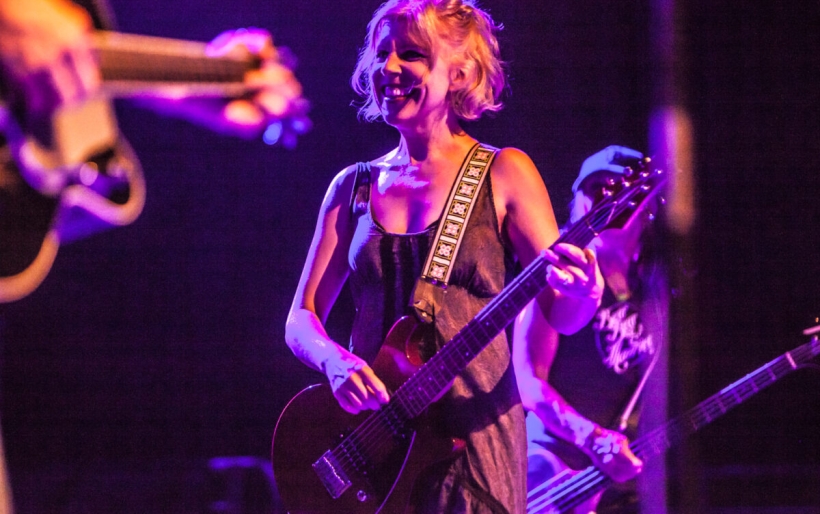 If we thought last year’s brief reunion of iconic 90s rockers Belly — which included a Philly stop at Union Transfer — was too good to be true, then we were proven wrong when the band announced last month that they’d be recording a new album, their first in two decades. The title of the forthcoming record is still unknown, but news broke of an April 6 release date, and we can now listen to the first Belly recording in 22 years — their “long-promised” cover of “Hushabye Mountain,” originally from the 1968 film Chitty Chitty Bang Bang.

Belly recorded the cover while working on the new album, which they’ve been crowdfunding through PledgeMusic. “Hushabye Mountain” was originally performed by Dick Van Dyke for the film, and Belly vocalist Tanya Donelly breathes new life into the familiar but long-forgotten song with the delicate and dreamy rendition full of soaring harmonies and a soothing, lullaby-like tone.

Belly’s last release was 1995’s King. The band has hinted at some 2018 tour dates, so stay tune for more information from them soon. A portion of proceeds from the new album will benefit hurricane relief efforts; find more information and pre-order the album here.