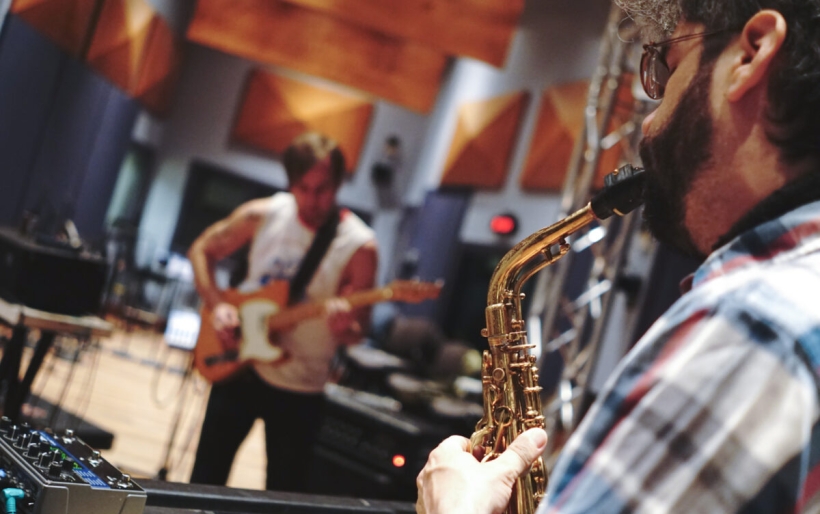 Brooklyn punk-inspired jazz quartet Sunwatchers released their debut album in 2015, and now they’re back with the announcement of a forthcoming follow-up — Sunwatchers II will be out February 2 via Trouble in Mind. The first song they’ve shared ahead of the release may be called “Silent Boogie,” but it’s anything but silent. It’s also not wholly unfamiliar — Sunwatchers performed the song when they joined us for a Key Studio Session last year; their Philly-based bassist qualifies them as sort-of locals.

The saxophone-driven “Silent Boogie” is full of the jagged edges and raw energy Sunwatchers has come to be known for. It’s also packed with political consciousness; even in the absence of lyrics, the band’s frustration is palpable. Sunwatchers have articulated that sentiment in a statement that accompanies the release:

“We are leftists; across the spectrum, yes — abolitionist syndicalist; democratic socialist; antiviolent-resistance advocate; horrified father with a sad eye for his son to the imperiled future — but leftists, all, and we feel that human existence is endangered by capitalism and its inexorably violent, exploitative and objectively harrowing means, methods and endgames…We are musicians, and we will leave political specifics to those more qualified than we are.”

Read the full statement here. Listen to “Silent Boogie” below.