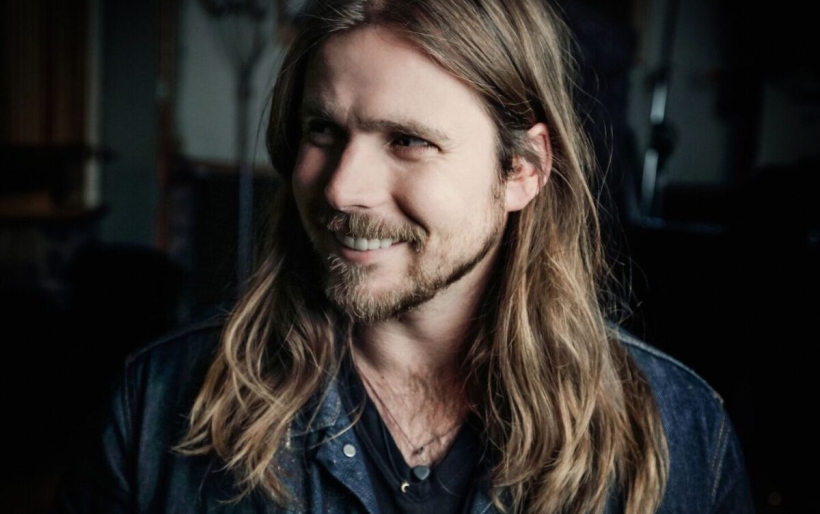 Two years ago, Lukas Nelson, his brother Micah Nelson, and the membership of the ragged Promise of the Real were just coming into its own as backing band-collaborators of Neil Young for his Monsanto Years album and tour. The Nelson Brothers and their surfer buddies in Promise had recorded rough, jammy, Cali-countrified albums such as 2010’s Promise of the Real, and 2012’s Wasted, by that time (Micah is a solo artist under names such as The Particle Kid and Insects VS Robots), yet, between this then-new association with Young – to say nothing of their personal and professional lineage, playing and touring with their dad, Willie Nelson – there could have been a fear that legend would overshadow youthful ebullience and individuality.

“Willie’s my dad, Neil is our friend, both are masters and originals; why run from that?” Lukas Nelson told me back in 2015. Besides, with its slow, syrupy 2017 album Lukas Nelson & Promise of the Real topping the Americana charts (along with the December 1 release of his collaboration with Young, The Visitor), Nelson & Co have found a sound, a niche and an audience all its own.

With that, they hit Union Transfer on November 14 as WXPN’s Artist to Watch for the month of November.

The Key: I interviewed you and your brother about recording and touring The Monsanto Years, along with releasing your own music before that. You’ve been on the road on your own, and played in bands backing with your father. What has two years of that collaboration with Young done for your music?

Lukas Nelson: It inspired us, in a large way, to stay together as a band of musicians. Made us better and stronger as friends and as players. Gave us a sense of direction and meaning. And when you have such meaning and direction, there becomes a difference in how you approach everything. There’s more gravitas when you know that the art that you making is going to be more widely heard. That brought further weight to our music. Plus, playing with Neil has been like a master class in terms of our live performance. You can’t help but get better playing with him.

TK: How about this: what have you brought to Young’s music? What difference do you think that you guys have brought or made to his sound?

LN: I think we have given him a sense of confidence – musicians that are young, healthy and able to play the music that he has written in a new, vibrant, fresh way that hasn’t been done in his career. Crazy Horse has been with him for a long time and they are probably his best band in terms of the soul of the thing. That’s the love of his life. But we also add a sense of tightness and muscle to the rock n’ roll live show that he never had with Crazy Horse. They have their own style, and we have our own style. I think that he’s happy that we can play that music together. We love and respect each other very much, as people and as musicians. The bottom line is that it excites him to be able to call us up and say ‘I want to go on the road and play these songs,’ and have us do that so that he can hear the songs the way that he really wants to hear them.

TK: Considering your new album on Fantasy, I noticed its slickness. There’s still the ragged playful quality of your other records, but there’s something smoother, spacey and more slowly, or carefully paced – precise, really – about this one. Is that age, time together on the road, honed playing skills or is it this set of songs?

LN: I honestly think it is the songs. Most of them have been around for a while, written over five years ago, like “Georgia.” Part of it is what you said, having more weight to our musicianship, the Neil thing yadayadayada. There’s also the added benefit of having a producer oversee this. John Alasia is a world class producer who gets a cinematic sound out of a world class studio – The Village – so production is the main factor. It made all the difference. TK: At first listen, you figure “Forget about Georgia,” is like your dad’s tune “Georgia on My Mind,” is about a sense of place, and escape until you delve deeper and realize that it’s somewhat different physicalized; that it is romantic, heartbroken and about a woman? Is she real or imagined?

LN: No, she’s very much real. An actual situation that I went through and was heartbroken about.

TK: Is that true about “Carolina?”

LN: That is more wistful and fantastical. I love fantasy stuff. I love that place and have had some incredible carefree days there. It seems, to me, like a place that you might go if you are frustrated by your love life. Go out there, party, meet women and dance all night. Why do I have to be here with someone who doesn’t love me, when I can be on the beach in North Carolina?

TK: For a second, I thought you maybe only dated women named after states.

TK: Another noticeable difference of the new album.is that there’s more blues now. How did that happen for these songs? How do the blues fit into your life?

LN: I grew up as a musician with the blues. I came up studying the blues, even if I didn’t always play it. Muddy Waters, Freddy King. Albert King. Blind Lemon Jefferson, Robert Johnson. I moved to Clapton and Hendrix. Those were my influences. My dad had those records around the house. The first song I ever solo sang on stage was “Texas Blood,” which I still do with my dad at every show. So the blues are very much a part of my life.

TK: I wasn’t going to ask, but here I am: your dad plays on “Just Outside of Austin.” Some artists run from their famous lineage, some run toward. You embrace it. What is working with Willie on your album like as opposed to you gigging with him?

LN: It’s quite an honor and a pleasure having someone like my father, arguably one of the greatest songwriters and live performers that ever lived, come and play. I look up to him, am inspired by him and wouldn’t be anywhere without him. I get deep satisfaction from playing with him; proud too. And I think it’s a natural progression having him on my album, a further show of our family’s love and respect.

TK: With all the touring between your own gig, your dad’s gig and Young, do you get much of a chance to surf anymore?

LN: I’m just as avid a golfer and have my handicap down to a 7. You can golf a whole hell of a lot more than you can surf on the road. That’s something that Kelly Slater and I both have in common – we love to surf and we love to golf. If I’m on the road, I’m golfing. If I’m home, I’m doing both. It’s a good life.

Lukas Nelson and the Promise of the Real play Union Transfer on Tuesday, November 14th. Tickets and more information on the show can be found at the XPN Concert Calendar.