Listen to Brandi Carlile's epic "The Joke" from her new album By The Way, I Forgive You - WXPN | Vinyl At Heart 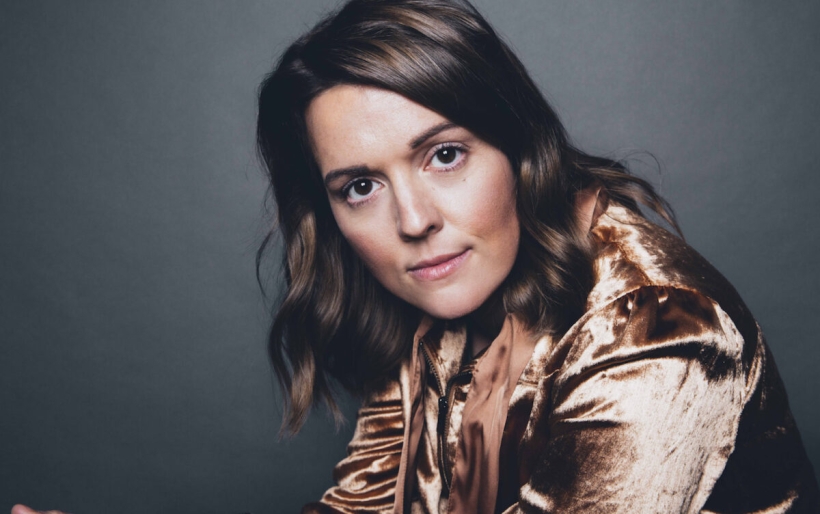 Listen to Brandi Carlile’s epic “The Joke” from her new album By The Way, I Forgive You

By Sarah Hojsak
November 14, 2017
10:11 AM
Share
Brandi Carlile | photo by Alysse Gafkjenh | courtesy of the artist

It’s been ten years since singer-songwriterBrandi Carlile captured our hearts with her breakthrough album The Story. After five studio albums, a Grammy nomination, and, in more recent memory, a breathtaking XPN Fest set, Carlile is back with her latest effort — her highly anticipated forthcoming album By The Way, I Forgive You will be released early next year.

The new album’s first track “The Joke” comes to us in the form of a live performance video shot in black in white at RCA Studio A. The song, a sweeping Americana-inspired country-rock anthem, is quite grand on its own, but its emotional intensity comes across even stronger paired with shots of Carlile, her backing band, and a full string orchestra. According to NPR, “The Joke” is “dedicated to the delicate boys and striving girls born into — and, Carlile insists, destined to triumph over — this divisive time.”

“There are so many people feeling misrepresented [today],” she said. “So many people feeling unloved. Boys feeling marginalized and forced into these kind of awkward shapes of masculinity that they do or don’t belong in… so many men and boys are trans or disabled or shy. Little girls who got so excited for the last election, and are dealing with the fallout. The song is just for people that feel under-represented, unloved or illegal.”

By The Way, I Forgive You is Carlile’s first work with Grammy-winning producer Dave Cobb. The album is out Feb. 16 via Cobb’s Low Country Sound imprint at Elektra Records. No Philly tour dates are scheduled yet, but keep an eye out for more news.

Listen to “The Joke” below.

By The Way, I Forgive You track listing: