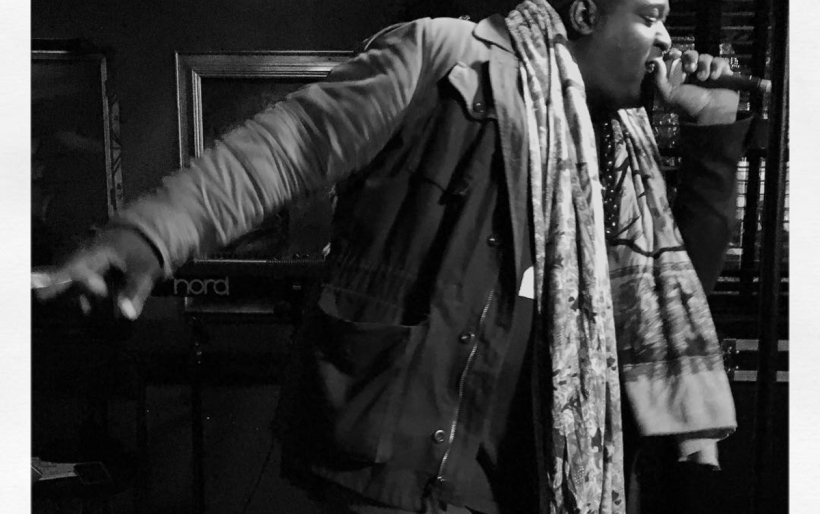 MH the Verb | photo by John Vettese for WXPN

Thought-provoking rapper MH the Verb — who splits his time between Philly and the West Coast these days — has returned with an intriguing 11 track multi-media project entitled Afronaut. The album, which he first teased with a music video this summer, follows a fictional black sci-fi hero who travels from the future to warn the world about all the problems we are headings towards. Afronaut is a calculated and conceptually challenging album because it delves into many different realms of society: racism, domestic violence, politics, and more.

MH the Verb is a fairly established lyrical talent in Philadelphia, Pittsburgh, and New York City and Afronaut is Verb’s first full length concept record. In terms of rhyme schemes and rap conventions, Verb is not too out of the ordinary, but his content choices and branding suggest otherwise. The beats on Afronaut, which are supplied by Buscrates 16 Bit Ensemble, definitely stay consistent to the sci-fi theme with lots of intricate and extraterrestrial synths and drum samples. The dynamic between MH’s organized, socially conscious bars and Buscrates’ erratic-sounding instrumentals is uncomfortable at times throughout the project, but by the final track “World Tribe” the producer and the MC strike a comfortable balance.

Listen to the record below; MH has no Philly appearances at the moment, but keep tabs on his Facebook for updates on that.