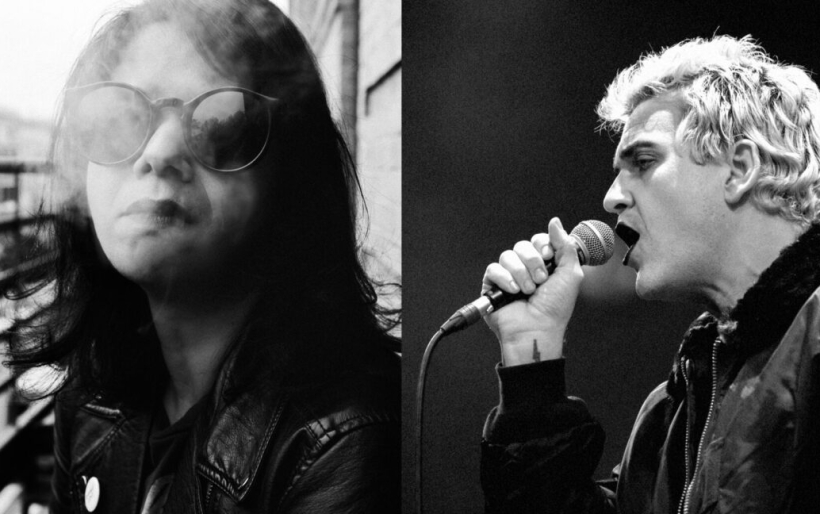 New York City’s Shilpa Ray makes oddly noir-ish, neo-jazzy pop on albums such as her lustrous new Door Girl on the Northern Spy label. Philadelphia’s Shawn Kilroy has an angular, Bowie-like demeanor to whatever brands of music he chooses to essay, especially now in his most recent electronic excursions. Ray and Kilroy may not know each other, but they will share a journey (or at least a bill) at Kung Fun Necktie on November 19. Here is their story.

The Key: What do you two know of each other or the other’s work?

Shilpa Ray: I have to be honest here, not a whole lot, but l am looking forward to the show.

TK: Is there a plan of attack going into this showcase?

SK: Nah, I never have a plan for performing other than to be present and deliver the songs with some truth, some passion. Maybe have a few laughs.

TK: How long have you been in the business and how do you think that time in has effected what you do, musically and lyrically considering your newest project?

SR: It’s been a little more than 10 years for me, so I’m not exactly a spring chicken, but I’m also not carrying a legacy either. I admit I’m a little jaded. I wish making music was more about making music.

SK: I’ve been writing recording and performing for over 20 years. I never got any of the results I was after until I gave up hoping for results. That’s when the art started to get a little room to be, to breathe.

TK: How do you see your audience? Is there a distinct level of interactivity between you and they, or is there a deep, but passive listenership?

SR: I’m pretty grateful when people come out to see me play. They tend to follow the beat of their own drum.

SK: Usually, at shows, I’ll see somebody giving me what I think is this hateful look. Like, somebody who won’t smile and I’m sure they are marveling at what an amazing douche I am. These are always the people who want to talk to me after the performance and tell me that they really connected to what I was saying/singing/doing. There’s also some banter with the more outgoing audience members, because I’m usually talking some shit.

TK: How has what you have done throughout the last few years in a non-musical fashion (e.g.. Shilpa’s Door Girl comes from her experience as a club door girl, Kilroy’s journalistic writings) figured into what you are doing now? And why has it come out specifically at this time in this form?

SR: I’ve always held a non-musical job. It’s normally menial, wage based and in the service industry. It’s all I’m qualified to do.

SK: One day recently, I woke up and was suddenly able to tell if a song I recorded was good or bad. I couldn’t really tell before. In the past, I would just make a bundle of songs and when they were done, I’d say, “well I guess that’s an album.” Now, I’m able to edit a little bit and lead with the good stuff. I think that came from writing my blog. I had to think about whether it was possible for people to know what I was talking about, if it was clear and concise. So when I put my focus back on music, I suddenly had more clarity in that arena as well. An unexpected benefit.

SR: I don’t mind it as long as I can kind of hear myself and the vibe is cool.

SK: No. I love performing and I’m thrilled to be doing a show with Shilpa Ray.

TK: What two songs of yours – perhaps, performed in a row – are geared toward having the most impact/biggest punch when played live?

SR: “EMT Police and the Fire Department” and “My World Shatters by the BQE.” These are two ends of the spectrum for sure. People dig emotions. Anger, sadness, hope, love, happiness –all of the above.

SK: “Don’t Let Anybody Talk You Into Being Somebody” and “Gold Medal Bullshitter.” These songs are my mantras now-my raison d’être. I’m a nobody and I’m full of shit and I’ve never said it better than I have with these two numbers.

TK: What will you do as soon as your set is over?

SK: I will walk around the block a few times then come back inside and enjoy Shilpa’s set. I’m gonna stand there and shout requests in her face. I know she loves that.

Shilpa Ray and Shawn Kilroy play Kung Fu Necktie on Sunday, November 19th. Tickets and more information on the show can be found at the XPN Concert Calendar.