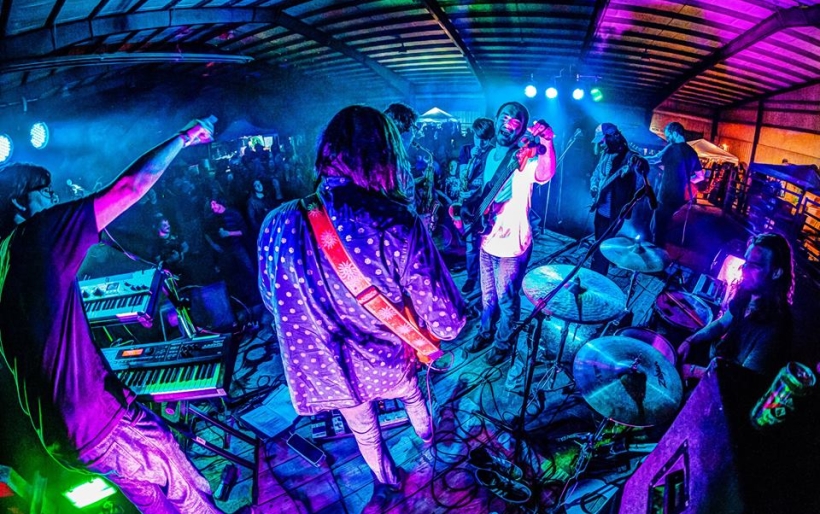 Darla | photo by Magdalena Papaioanno | courtesy of the artist

By Emily Herbein
November 28, 2017
10:11 AM
Share
Darla | photo by Magdalena Papaioanno | courtesy of the artist

Philly-based alt-funk octet Darla are a perennial party band in town, and they will play a New Year’s Eve show at World Cafe Live upstairs. The one-year anniversary of their newest release, Darla Rolls The Dice just passed by earlier this month, on which they worked with famed producer Phil Nicolo at Studio 4 in Conshohocken.

The record received lots of local love following the release of the single, “These Few Years,” and watching the 8-piece perform onstage is really something else – most big bands are nearly disastrous in trying to develop a level of cohesive performance among players, but Darla’s been doing it right from the start. They have a great unspoken chemistry that allows them to play off one another while still being incredibly observant. Check it out in action in the new live video for “Hey Ref, Let The Boys Play,” recorded live at Webster Barn, which you can watch below. They’re a rare breed of big bands if I ever saw one.